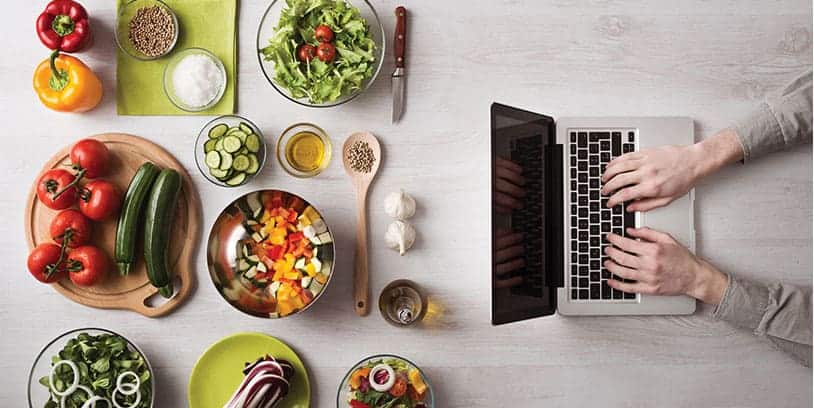 Undoubtedly, the online food sales business not only secured a solid position among US consumers during 2020 but, according to the consulting firm Nielsen, it will have room to continue growing.

The pandemic changed the trajectory of online grocery shopping, dramatically accelerating a trend that had been growing for several years.

Three years ago, Nielsen caused much astonishment when it projected that U.S. consumers would reach $100 billion in online grocery sales by 2024. This week the projection is that this $100 billion figure will be reached this year.

The 2018 projection was one of the drivers of an industry-wide movement to invest heavily in infrastructure to facilitate physical store retailers’ opportunity to participate in this growing online sales market.

Online grocery sales in 2020 were approximately $66 billion, representing an annual increase of 125%. The increase was pandemic-driven and led by large players such as Walmart, Kroger, and Amazon, click-and-collect offers from other grocery chains, and cumulative sales from retailers partnering with Instacart. Collectively they trail Amazon as the nation’s largest online grocery retailer.

Related Article: For Marketing Success in 2021, Redefine your Relationship with Consumers

Click-and-collect stores saw a 130% increase in orders and a 113% increase in customers during 2020, a phenomenon Buchanan said offered familiarity and simplicity to shoppers as they adapted to a new environment, work, and shop from home.

Instacart’s growth, Buchanan added, reflected its ability to move physical stores quickly into online commerce, including small independents and big players such as Wegmans, Publix, Aldi, and Costco. “Instacart had a great year,” she said.

Several factors influence NielsenIQ’s prediction that online grocery could account for sales of between $94 billion and $109 billion in 2021, respectively conservative and aggressive estimates that could revolve around economic recovery, consumer confidence, and launching the COVID-19 vaccine, Buchanan said.

In his presentation, Buchanan said consumers who are more comfortable with spending online will increase the percentage of their purchases made through that channel. And as COVID restrictions ease, consumers will also make more in-store purchases, he added, emphasizing running an omnichannel offering and not one or the other. “It’s both,” he said.

Meanwhile, one phenomenon supporting the increase in food spending is sampling consumers who find they have more disposable income but fewer places to go amid restrictions. “They don’t spend away from home,” on expensive indulgences like vacations, for example, so they are likely to spend more on dining experiences.

At the same time, a significant sector of consumers is likely to struggle financially because of the damaged economy in the short term and face a long road to recovery.

This points to an opportunity for retailers to apply segmentation and merchandising tactics they use in-store to an omnichannel approach, Buchanan said.