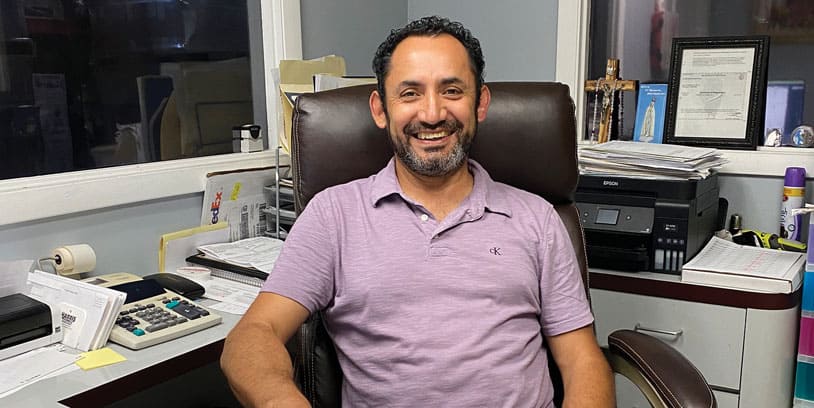 At 16, as soon as he graduated from high school, Horacio Rodriguez left his native Mexico and headed north. He was hungry for success and ready to fulfill the long-desired American dream of advancement and a successful business. It was 1986 when he arrived in Chicago, and it took him 17 years of hard work to finally start a Mexican import business that he named Import & Export del Sur, but years later, he changed the name to El Encanto Products.

During those first 17 years, like most immigrants arriving in this country, Rodriguez worked various jobs, washing dishes and cleaning tables in a restaurant, delivering vehicle parts, and delivering pizza. But his dream was always to own his own business. His family owned a small grocery store in the southern part of the state of Mexico, and since he was a child, he helped in the business. In addition, his father was a farmer and merchant, so he also learned to cultivate the land and tend the cattle.

This is how he prepared himself to face the challenges and advance in the United States, also motivated by the hunger to succeed with his own business that he had started in 2003.

“The process was not easy because when I started importing products from Mexico, I did it in my free time from my job as a pizza delivery man. For obvious reasons, I was not attending to my business, so I had to quit my job. Without the necessary funds to operate, I devoted myself 100% to the business and was the only employee of the company selling Mexican products to local distributors in Chicago,” said Rodriguez.

It took another six years before he finally transitioned to direct sales to supermarkets in 2009 and decided to rename his company El Encanto Products. Rodriguez saw that, especially in areas surrounding Chicago, there was a need for nostalgic products from Mexico and Central America.

El Encanto became the connection between the consumer and his nostalgic products. Now, the company has a 60,000-square-foot warehouse facility in La Villita, the center of Chicago’s Hispanic community, and is and is a top job creator. Rodriguez directly employs 30 people.

He bases his success on three main points. “First, having quality products. Second, consistency. Third, to have a network of trained salespeople who attend to customers in person. Rodriguez also believes that his business stands out from the competition because “we have exceptional logistics and phenomenal customer service. Orders are delivered to all our customers within their business in the 11 states covered by El Encanto.”

After more than two years of the pandemic and the difficulties caused by interruptions in the supply chain, Rodriguez said that the lesson he learned from this crisis is that “there is no way to prepare for something like this. We have to be ready for unexpected change.”

And as a Hispanic immigrant, Horacio Rodriguez joins the celebration of Hispanic Heritage Month with a message for other immigrants searching for the American dream.

“First, you should never forget your roots, customs, and traditions, which make you unique. As an immigrant in the United States, opportunities are always present; you only need the courage to take them. Most people get opportunities in their lives on several occasions and let them pass by. That is why it is essential to pay attention to these things when you are interested in opening a business. In my case, I was hungry for success, and that led me to start a business in the food market.”