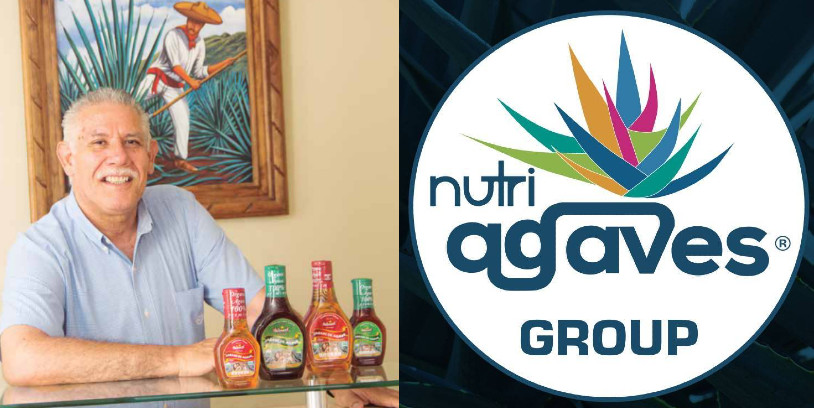 Nutriagaves is a Mexican company that, in just over 15 years, has achieved a worldwide presence. Under the leadership of Manuel Loy Valdez, this company exports agave syrup, prebiotic fiber, and other products to Europe, Asia, and North America.

The main customers for the alternative natural sweetener are in Europe, where 60 percent of the organic products are exported, while the remainder goes to the United States and Japan. Only five percent of the syrup and prebiotic agave fiber are sold in the Mexican market, while 95 percent is exported.

In an interview with Abasto Magazine, Loy Valdez shared details of the work Nutriagaves is doing to continue expanding its business with new products and promoting organic agave syrup as an alternative sweetener of great health benefits.

The family-owned company recently celebrated its 17th anniversary and is headquartered in Guadalajara, but its owners came from Ayotlán, Jalisco, in a region known as Los Altos.

Related Article: The Latino Food Industry Association Reiterates its Invitation to Grocers to Enroll for Free

“Our processing plant has sophisticated technology that does not require a lot of personnel to operate. In total, globally, we have about 100 employees, although the group of companies employs more than 2,600 people,” said Loy Valdez.

The Nutriagaves Group also has its own agave growing areas with around seven million plants.

The healthful qualities of agave syrup are remarkable because it is a natural fructose sweetener extracted from organic blue variety Tequilana Weber plants. It is 1.4 times sweeter than refined sugar but maintains a low glycemic index.

“The United States is a market that, despite being so close, we are just beginning to develop. I believe that due to our affinity and proximity, we have an enormous opportunity now after the pandemic,” said Loy Valdez, adding that Nutriagaves Group will soon launch new products to diversify in the U.S. market to reach more consumers.