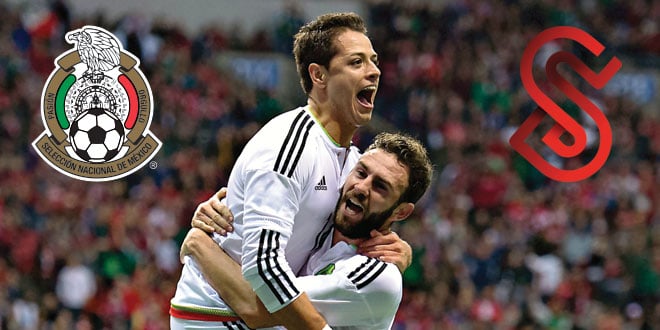 Millions of soccer fanatics in the United States that almost religiously follow the Mexican National Team will no longer have to go far to find a store where they sell the team’s official merchandise items or desperately search the internet. Now, buying team products are as easy as going to your local Hispanic store around the corner.

The company Global Products Solutions (GPS Imports Inc.), official distributor of sports items and of the collection of items of the Mexican National Team in the United States, is directly taking these products to supermarkets and Hispanic stores to satisfy millions of Mexican soccer fans.

The demand for products of the Mexican National Team in the United States is overwhelming if you keep in mind that there are 37 million Hispanics that watch sports and go to stadiums. 58% of Hispanics in the U.S. are fans of Liga Mexicana de Fútbol (Mexican Soccer League) and are also fans of the Mexican National Team, which plays more than 10 matches every year in different cities in the U.S.

“Fans of the Mexican National Team get their articles online or go to special stores and what we are looking for is to place these things closer to them, put them in stores where they can buy other things,” said Arturo Pérez, National Sales Director of GPS Imports.

Pride for the Mexican National Team

A report by the American Research Institute for Policy Development about motivations and actions of Hispanic soccer fans in the U.S., indicates that the majority think that soccer is more than just a sport, but an important way of expressing pride and patriotism in the success and achievements of a person’s ethnicity.

They show this pride with purchasing shirts of their favorite players to wear when their team plays, just like the purchasing of every type of product that represents the colors and symbols of the Mexican National Team, that finds itself in an intense time of preparation for the classification to the World Cup that will be played next year in Russia.

Last semester, GPS Imports began opening the official merchandise points of sale of the Mexican National Soccer Team, taking advantage of its wide network of distribution of merchandise in the Hispanic stores throughout the nation.

Perez said that, “many of the products that we offer have ‘displays’ that are specially made for being put in stores and we are developing a rack to put between 30 and 40 items of clothing in a single ‘display’ so that they have the easy ability to offer this official merchandise and obviously, the profits for the business are impressive.”

The numbers support what is said by the Director of Sales of GPS. A report published by Nielson indicates that 58% of the United States fans that follow soccer games have an article of clothing of their favorite player or of their favorite team and a 54% say that dressing in the uniform of their team to support them is an important part of the celebration when they watch the games on TV or at the stadium.

According to Nielson, the potential of purchase of adult soccer fans in the U.S. older than 18 years of age includes $4.4 billions of dollars in weekly grocery expenses. When they go to stores to buy groceries, now they will also find the merchandise of the Mexican National Soccer Team.