Home » Agricultural Industry » Is Eating Grapes the Same as Exercising? 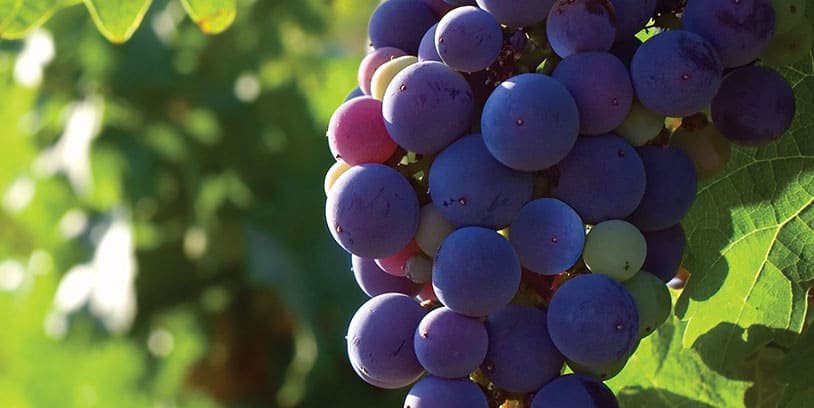 By Paola Ochoa, AgTools
Grapes are one of the first crops grown by humans for consumption. This crop had a profound value for ancient people: it marked the seasons’ cycles, represented the transition from summer to autumn, and symbolized prosperity and good luck. Its origin would be on the shores of the Caspian Sea, spreading through the Mediterranean to the rest of Europe. The Spaniards were the ones who brought them to the American Continent.

The grape’s skin abounds in melatonin, a hormone that is also produced by the human brain and responsible for regulating sleep cycles. This is why consuming this fruit is recommended for people who have insomnia.

This fruit is also mainly composed of water (70-80%) and sugars (15-18% depending on the variety). This makes it very healthy, especially for being especially rich in polyphenolic substances that counteract cellular aging. An example is a resveratrol, which has anti-inflammatory and antioxidant effects on the body and positively affects the fight against cardiovascular diseases. Tannins in the seeds also have an antioxidant function that helps protect the skin.

In the Hispanic market, fresh grapes’ annual per capita consumption is 3.5 kg. Grapes are most consumed during the New Year’s holidays due to the tradition of the New Year’s toast, when it is customary to eat 12 grapes (each one represents the months of the new year, and a wish is made with each intake.)

Related Article: The Benefits of Eating Grapes You Didn’t Know

Grapes are one of the most cultivated fruits worldwide. While almost 50% of the total grapes are used to produce wine, 41% are consumed as fresh table grapes and 9% as raisins.

In 2019 in the United States, 2.9 billion pounds of grapes were marketed, while in 2021, there was a marketing of 3.4 billion pounds, which represents an increase of 17%, which we can appreciate in the following graph:

96% of these grapes come from four main regions, Central California with 48% of production, with the Kern district being the region with the highest production; Chile with 21%; Peru with 16% and Mexico with 11%. These regions complement each other to produce throughout the year, making it possible for us to enjoy delicious grapes every month.

Peru, which in 2021 was the second country that exported the most grapes to the United States, has had an increase in its production volumes of 176% compared to 2020. This increase in production has remained constant over the last four years, reaching 2021, its highest production level in the previous seven years.

While Mexico in 2021 had its lowest export volume to the United States in the last three years, being 12% less than in 2019, in addition, the season last year started one month earlier than in previous years, as can be seen in the following graph:

One of the reasons why the season started earlier in 2021 was the high temperatures recorded in early April 2021 in the city of Caborca, Sonora, one of the largest grape-producing regions in Mexico, which exceeded highs of 95º, while in 2020, they reached 90º.

And as if more reasons were needed to consume grapes, research published in the FASEB Journal suggests that the resveratrol in this fruit effectively counteracts the adverse effects of a sedentary lifestyle on the body. Hence, its consumption has benefits similar to those of physical exercise.