Home » Advice » Hispanics: 8 Variable Traits Among Latinos In The U.S. 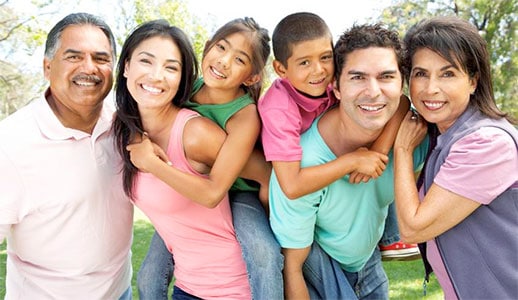 Are you looking to learn about, Hispanic traits (Mexican traits) and Latino traits? Consider Alejandro and Fernando!

Alejandro Ramírez is 19 years Mexican-American and bilingual. However, he is much more proficient in English. He is a 2nd generation Mexican and was born in the U.S. from immigrant parents. Alejandro currently lives with his parents in Petaluma, CA, who come from lower-middle class families in Torreón, Cuahuila. His family’s annual household income is $80,000. Although born and raised in the U.S. and quite familiar with the cultural landscape, his parents have nurtured a strong love for México.

Fernando Zachniuk is 43 years old. He is Argentinean and moved to the U.S. 10 years ago to start a business. He is bilingual but is much more comfortable using Spanish. He rents a condo in Boca Raton. Fernando comes from an upper-middle-class Russian-Jewish family that migrated to Buenos Aires. He is dating a single mother of one. Their annual household income is in the low $200,000’s. While he really enjoys the amenities and comfort America has to offer, he is still an Argentinean at heart.

Do you think Alejandro and Fernando have the same Hispanic traits? Would you market to these Hispanics in the same way? The Latino community is extremely diverse. If you try to put all of us inside the same box, it will be impossible to effectively convert your Hispanic target audience into loyal customers.

Related Article: The digital habits of U.S. Hispanics, what brands need to know

You need to be aware of variables that influence Latinos, both as distinct groups and as individuals. Here, in no particular order, are some of the traits to consider when identifying the group of Latinos on whom you will focus your marketing efforts. But before you can watch the following to better understand what it means a Hispanic in the United States.

What Being Hispanic, Latino and Latinx Means in the United States

A first-person account of identity stereotypes and assumptions, into the Latino/Hispanic experience in the United States.

As you know Hispanic traits (Mexican traits) and Latino traits will differ, Here are some of the key variable that makes each individual of these communities different.

There are many differences between Hispanics, depending upon the person’s country of origin or heritage. Some of the most obvious differences are food and music preferences, as well as the holidays that they celebrate. The actual words Hispanics use to describe persons, places, actions, and things can vary immensely as well.

What is the language that Hispanics in your particular target group prefer? Do they usually speak and read in English or Spanish? Are they fully bilingual or closer to either end of the English-Spanish language spectrum? This is of the utmost importance variable trait when developing your message to individual Hispanics.

It is a completely different worldview depending how far away, generationally, Hispanics are from their country of origin/heritage.

First-generation (foreign-born) Latinos have experienced life outside the U.S. and have gone through the immigration experience. To varying degrees, they have embraced or become acquainted with living in America.

Second-generation Latinos encounter a mixed experience. They were born and grew up in the United States, but were brought up by immigrants and are thus heavily influenced by their parents’ culture.

Finally, Latinos who are the third generation and beyond are the sons and daughters of U.S-born parents. They are very much influenced by the general market but still connect to their roots through the values, traditions, and culture passed on by their parents and grandparents.

Latinos living in different parts of the country have completely different life experiences. Their experience in the United States depends on the size of their city or town, its demographic composition, and how much or how little interaction they have with fellow Latinos.

In most cases, foreign-born Latinos obtain a higher income level and greater buying power than they experienced in their home countries. Still, even while their wallets or bank accounts tell one story, their buying habits and overall lifestyles could tell a different one.

Their mindset may cause them to retain financial habits learned in the past, and spend less than their buying power would indicate.

How much have Hispanics modified or adapted their attitudes and behaviors as a result of contact with mainstream America? What new systems of thought, beliefs, emotions, and communication systems have they embraced in order to exist in a new cultural environment without abandoning their heritage?

While often used interchangeably with acculturation, this is actually the process of giving up a cultural heritage and becoming absorbed into the mainstream culture.

How much has a Latino “forgotten” about his or her heritage in order to see himself or herself as part of a larger national family?

In general terms, the higher a person’s income level (this applies to all people, not only Latinos) the likelier they will have their basic needs fulfilled. The wants and needs addressed in your targeted marketing message will need to take this into consideration.

It is a combination of all these distinct variables that define the Hispanic group (or groups) that you will focus on. You need to understand where the majority of the people you are trying to reach land within these variables. Then, you must modify your message accordingly.

We’re curious: What other Hispanic traits do you think to make Latinos and Hispanics from different countries unique? Let us know in the comments!