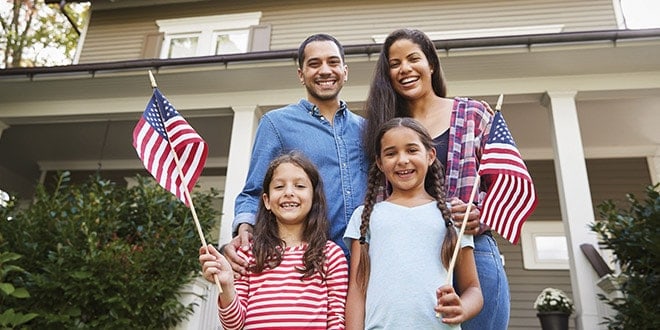 In a year marked by difficult times for the Latino immigrant community after the massacre at Walmart Supermarket in El Paso, Texas, the raids against undocumented immigrants that led to the separation of families causing hundreds of children to remain locked up in immigration detention centers, the United States will celebrate Hispanic Heritage Month.

You might think that with everything affecting Hispanics lately, there is not much to celebrate this year, but something that characterizes Hispanic people is its desire to move forward and to remain positive in the midst of adversity.

That is why, this year’s Hispanic Heritage Month, we celebrate the 58 million Latinos who live in the United States who overcome challenges on daily basis in order to provide a better future for their loved ones; Their desire to progress in life by studying, working and entrepreneurial spirit is something to admire.

According to the 2016 Annual Business Survey, the most recent statistics from the U.S. Census show, only in the retail industry, that there are a total of 35,426 businesses in the country whose owners are Hispanics. And our of that total, 18,817 were Hispanic grocery stores businesses according to data from the 2012 Census.

Nielsen, on the other hand, has just published its most recent consumer report, The Latinx Opportunity: Cultural Currency and Consumer Travel, which explores the buying habits of the Hispanic consumer in the US, highlighting the purchasing power of Latinos that will reach $ 1.9 billion in 2023.

Although some anti-immigrant groups want to cover the sun with one finger, the fact, as Nielsen’s report reveals, is that Hispanics in the United States are vital to the country’s economic growth.

Hispanics are the youngest ethnicity group in the U.S. and according to the study by Neilsen, “Hispanics have mastered the art of combining the old and the new, making themselves into a new wave of creators of cultural contemporary trends. The Latinx community keeps up with the latest trends by constantly seeking advice from peers, family, and friends.”

This behavior can be perceived when entire Hispanic families visit Hispanic supermarkets anywhere in the U.S. as they enjoy the mere experience of it. These stores are increasingly concerned with offering not only good quality products but other specialized departments such as bakery, taqueria, butcher shop and restaurant. Why do you ask? As a strategy to give more Hispanics more reasons to bring the whole family to the store which positively affects sales.

The experts in this field are the Hispanic chains in California, such as Northgate González Market, Vallarta, and Cárdenas. But many other grocery stores in other parts of the country are seeing the importance of attracting Hispanics.

Connecting with Latino consumers as a source of growth in the categories they love can be vital to the survival of traditional grocery retailers, Nielsen’s report warns. Creating an authentic store experience could be a competitive advantage to traditional retailers in the race against online retailers.

Hispanics are an unstoppable force in the United States with formidable growth in purchasing power and population numbers. The Census projects that by 2058, the Hispanic population will reach 109 million, an 82% increase compared to 9 % of the non-Latino population.

If you are a Hispanic reading this, with great pride, you must show the whole nation why Hispanic Heritage Month should be celebrated!