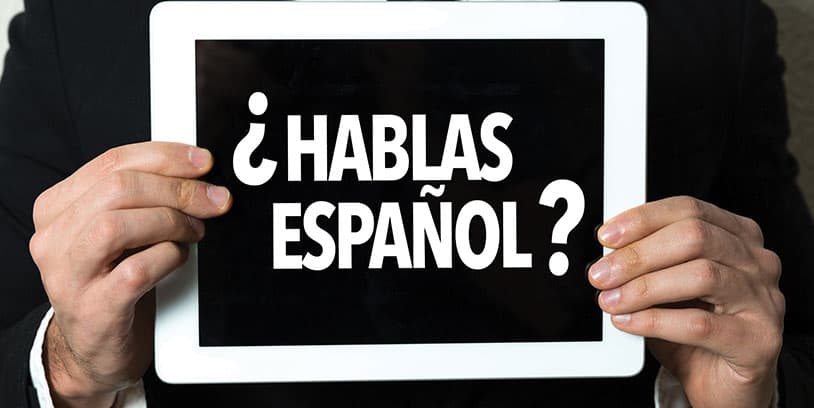 Spanish is the official language of 21 countries, 18 of them in the American Continent, one in Europe (Spain) and another in Africa (Equatorial Guinea), which means that territorially Spanish-speakers occupy a large geographical space.

The increase in Spanish speakers has been taking place, especially in the United States, due to the arrival of new Latin American immigrants in recent decades and the growth of the Hispanic population, according to a recent study by the Pew Research Center.

2019 data released by the Census Bureau indicates that the Latino population in the United States exceeded 60 million (combined review of legal and illegal migrants), who reside mainly in the states of California, Texas and Florida. The challenge now is to find them registered in the 2020 Census that took place in the midst of the coronavirus pandemic. Once this situation has been overcome, experts predict that by 2050 there will be more than 100 million Spanish speakers living in the United States.

Currently, this great community offers exceptional growth opportunities to any type of business, maintaining linguistic continuity, which facilitates the cultural and commercial exchange of people who speak Spanish in the United States.

The Spanish language was born in the 5th century AD from the remains of Latin and was enriched with the contribution of four thousand words of Arabic origin and as many from Catalan, Gothic, Provençal, French and English, among others. When the conquerors arrived in the New World, they imposed their language and caused the extinction of more than a hundred native dialects on the continent.

Related Article: Spanish, A Not-So-Secret Tool to Sell to Hispanics

Today, the linguistic map of the world is made up of about 7 thousand different languages; But this map is not proportionally distributed: while some languages ​​are spoken in small communities, others have a huge number of speakers. This is the case of Spanish, which has a very large role in the global linguistic map, since it is a language in constant population growth.

According to the latest report by “Spanish in the world 2019”, which is produced each year by the Cervantes Institute *, in the world there are 580 million people who speak Spanish, and it is understandable that both the pronunciation and the accent and some terms have variations at the oral level according to the country; But these differences are not transcendental so that the language is incomprehensible to the Spanish-speaking people of the different territories.

The yearbook “The Present and the Future of American Spanish”, written by Kim Potowski, a professor at the University of Illinois, denounces the hardening of public discourse towards immigrants and languages ​​other than English and proposes measures to strengthen the language Among them, increasing the presence of Spanish-speaking Latinos in television programs and other media.

The academic maintains that “Spanish is increasingly enjoying international visibility and prestige, despite the fact that discrimination continues at various levels in the United States.”

On the other hand, the importance of the Spanish language on the internet is reflected in its use. After English and Chinese, communication on the network is owned by Spanish-speaking users in more than 8%. On Facebook and Twitter, Cervantes’ language is in second place in use, the same as on Wikipedia and LinkedIn, a situation that makes clear the importance of Spanish worldwide.

*The Cervantes Institute is a public institution created by Spain in 1991 for the promotion and teaching of the Spanish language and for the dissemination of Spanish and Latin American culture. It is located in Madrid and Alcalá de Henares, Spain, the birthplace of Miguel de Cervantes.