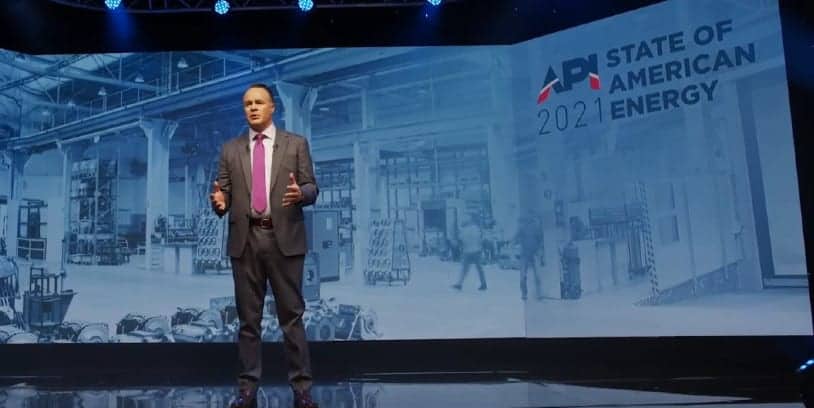 The American Petroleum Institute (API) hosted Tuesday its annual State of American Energy address. It outlined actions the natural gas and oil industry is taking to support the nation’s economic recovery and a vision for an affordable, reliable, and cleaner energy future.

According to a press release, API President and CEO Mike Sommers headlined the event that drew more than 2,000 virtual attendees and featured young professionals and local energy leaders, including a New Mexico teacher and Pennsylvania-based union trade leader.

“No nation anywhere has reduced annual greenhouse gas emissions more than we have in the United States,” Sommers said. “Over the last decade, our nation achieved the largest-ever decline in energy-related greenhouse gas emissions. Change is in motion, and it’s a long arc as the majority of the world’s energy needs are projected to come from natural gas and oil far into the future.”

During the presentation, Sommers announced the launch of API Energy Excellence, which establishes benchmarks on safety, security, and environmental protection that every API member will be expected to pursue and reach.

API Energy Excellence defines superior and ever-improving performance that will unify the industry’s future progress in critically important areas to the nation, local communities, and the industry itself.

“With this new program, we’re creating a roadmap for accelerating performance across all segments of our industry,” Sommers said. “For nearly a century, API’s standards have supported the safe and environmentally responsible development, production, and transportation of natural gas and oil operations. API Energy Excellence is the next big step.”