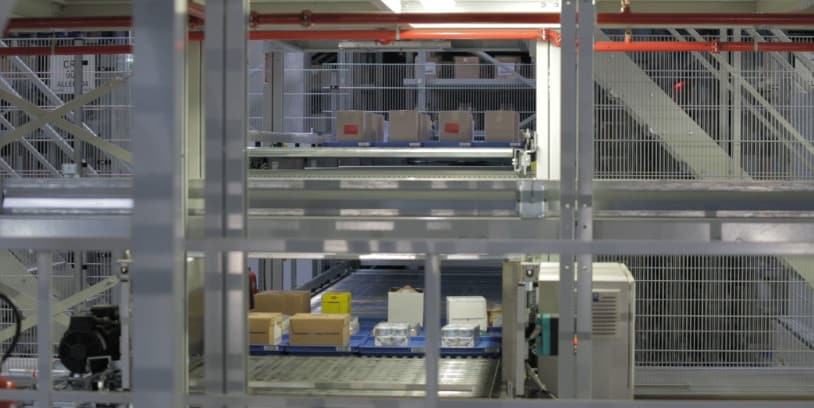 Walmart announced its plans to build a new, high-tech distribution center for fresh and frozen groceries in Spartanburg County, SC, set to open in 2024.

The new 720,000+ square-foot facility will create more than 400 full-time regional jobs. It will rely on the combination of Walmart associates, automation technology, robotics, and machine learning to process grocery perishables, and deliver them to nearby stores, said the company in a press release.

“Walmart’s high-tech grocery distribution center will include game-changing innovations that are radically disrupting the supply chain, getting products onto shelves for our customers even faster, while saving time for our associates,” said David Guggina, senior vice president, automation and innovation at Walmart U.S. “We’re proud to be opening Walmart’s largest automated grocery distribution center in Spartanburg County and look forward to bringing new STEM job opportunities to the region.”

The high-tech distribution center is part of more significant investment; the retailer announced earlier this year to double down on the use of automation technology in its supply chain.

The retailer announced its first automated grocery distribution center in 2018 and has since added new innovative solutions that reduce handling costs and improve service to stores and customers.

A few months ago, Walmart announced its plans to add automation in more than half of its regional distribution centers and market fulfillment centers in select stores. The retailer has also made investments in drones and autonomous vehicles to support last-mile deliveries.

“We’re thrilled to bring our high-tech grocery distribution center to the thriving logistics hub of Spartanburg County,” said Tim Cooper, senior vice president, supply chain operations at Walmart U.S. “The new distribution center will be critical to ensuring our stores are stocked with the freshest grocery items to provide convenience and quality at everyday low prices to customers and communities in the state of South Carolina.”

Meanwhile, Governor Henry McMaster highlighted the importance of this new Walmart distribution center to South Carolina’s economy. “This $450 million investment and the more than 400 jobs created will boost South Carolina’s already rapidly growing economy and create even more opportunity for our people.”

“Along with strengthening Spartanburg’s robust logistics sector, this significant investment by Walmart continues a pattern of Spartanburg being increasingly connected to the larger, nationwide economy. We’re excited to welcome yet another project with global connections to our county,” said David Britt, Spartanburg County Councilman and Chairman of the Economic Development Committee.