Home » News » Vidal Candies Opens Up to the United States 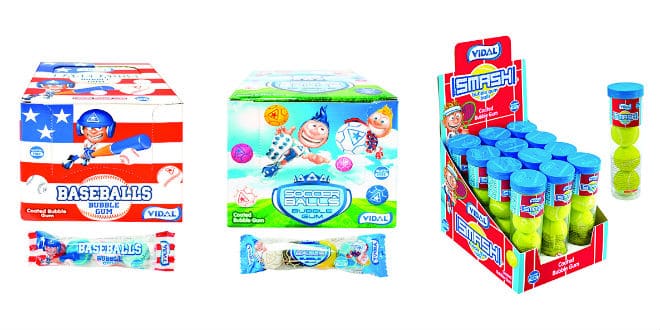 With a tradition of over 50 years, Vidal Candies has become one of the leading companies with greater recognition in the whole world within the sector of the goodies.

This company, that figure in the list of 100 most important sweets in the world producing companies, was founded in 1963 by the family Vidal, in Molina de Segura, Spain, with the clear objective of meeting the needs of all its customers. Today not only fulfills the market of Spain, they make exports to more than 80 countries, including United States.

Vidal Candies has two production plants in Spain with the most important quality certifications of the industry. In these two locations is reached a production capacity of 50 million units of product a day.

Thanks to the important presence in the world market, in 2015 Vidal Candies reached sales by more than 150 million dollars, of which 75% corresponds to exports of the company. In United States the company has presence since 1980 when they entered the market especially with the elaboration of product to private companies. However, in recent years the company took a turn important to raise awareness and to Vidal position in the U.S. market. According to Roberto Villasana, responsible for the Hispanic market in the United States, from 2012 mark Vidal is has been opening step in the U.S. market, while still continues with the production of the so-called “white marks”. “Has been the recognition that Vidal, has acquired important already too many customers who tested our products”
They acknowledge the quality and flavor that had already proven in other brands produced by the company” said Villasana.

He explained that the totality of the product coming into the United States is produced in Spain and currently the company performs imports by more than 25,000 tons of product per year. Thanks to its storage facility in Elizabeth, New Jersey, Vidal Candies is able to supply to business, supermarkets, and all its customers throughout the country in an efficient manner.