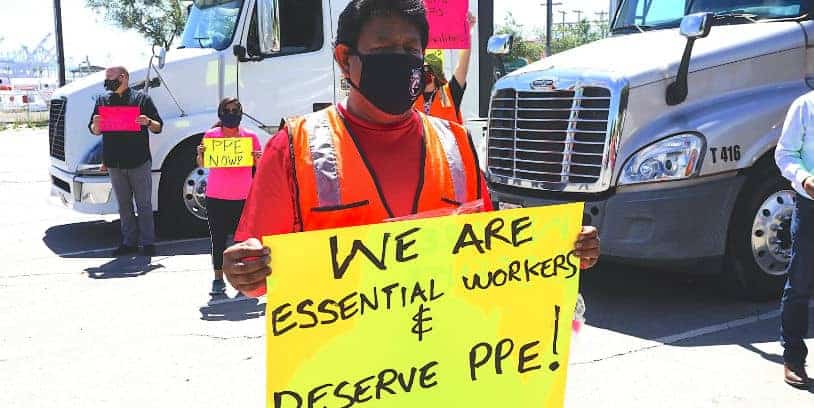 United Natural Foods, Inc. (UNFI), announced that it has reached new long-term labor agreements with drivers at its Hudson Valley distribution center in Montgomery, New York, and front-line workers in California at its distribution centers in Commerce, Stockton, and Santa Fe Springs. With this agreement, UNFI managed to avoid a strike by delivery drivers represented by Teamsters Local Union 445 in New York and the Hudson Valley.

Over 120 Teamster delivery drivers at UNFI in the Hudson Valley, represented by Teamsters Local Union 445, had voted overwhelmingly last week to strike to demand that the company start complying with COVID-19 safety regulations.

“During this time, nothing is more important to us than the safety of each one of our members, their families, and the general public,” said Teamsters Warehouse Division Director and International Vice President Steve Vairma.

According to a press release, the new contracts include compromises and language updates that provide UNFI important operating flexibility to better serve its customers while providing its associates highly competitive wages, strong benefits, and industry-leading safety and risk management support amidst the COVID-19 pandemic.

“We’re pleased to fortify our distribution network and strengthen the nation’s food supply chain ahead of the busy holiday season and winter months. Our new long-term labor agreements in the Hudson Valley and southern California put us on a strong footing in the near-term and provide us with valuable flexibility to best serve our customers over the long-term,” said Eric Dorne, UNFI’s chief operating officer.

Jill Sutton, UNFI’s chief legal officer and head of the labor relations team, added: “UNFI is focused on reaching equitable, modern labor agreements that balance the best interests of all of our stakeholders. We’re committed to obtaining fair terms that will help us remain adaptable, nimble, and well-positioned to serve our customers in the highly-competitive and evolving food distribution environment. Our new contracts with Teamsters locals in New York and California include important language updates designed to enhance UNFI’s long-term operational flexibility. We have now ratified approximately 15 labor agreements over the past 24 months and look forward to building on this momentum.”

The International Brotherhood of Teamsters had warned supermarket chains and online retailers in New York to prepare for possible prolonged disruptions in food supplies because UNFI was not taking COVID-19 safety seriously. With the new labor agreement, the threat of strike ended.