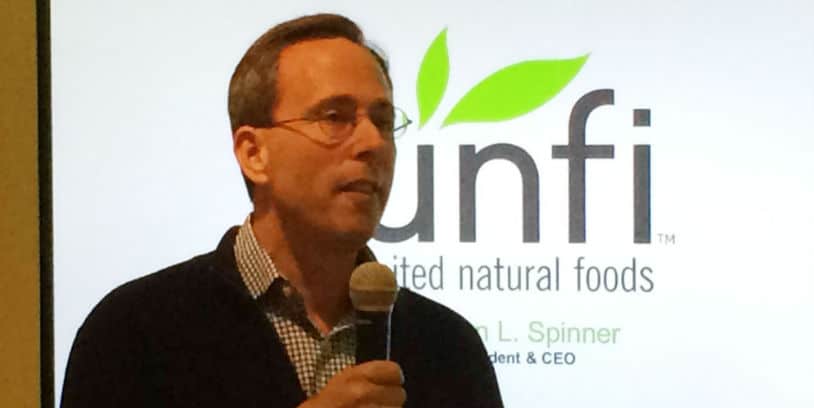 United Natural Foods (UNFI) announced that Steven L. Spinner will retire as Chief Executive Officer after the conclusion of the term of his employment agreement on July 31, 2021, or earlier upon the appointment of a successor. Mr. Spinner has agreed to remain on the Board to serve as Executive Chairman following his retirement as CEO.

According to the company, the Board has initiated a search to identify UNFI’s next CEO and, consistent with good governance practices, has engaged a leading executive search firm to assist in the process. The CEO search will include both internal and external candidates.

“It has been my honor to lead UNFI over these past 12 years and a pleasure to have worked alongside our exceptional associates. We serve an important mission of delivering food to millions of people every single day,” stated Spinner.

“When reflecting on my tenure as CEO, I’m most proud of our people and our culture, where our shared beliefs drive everything we do. The future has never been stronger for UNFI as our integration work is nearing completion and we now look toward the expansion of new services, technologies, brands, and our vast supply chain network. In close collaboration with the Board, I decided now is the right time for the Company to transition to its next leader. As we enter the next chapter, I have great confidence in the strength of our team and the opportunities ahead and look forward to my continued service as Executive Chairman,” Spinner added.

Hired in 2008 from Performance Food Group, Spinner guided UNFI through a series of specialty wholesale acquisitions, capped off by its blockbuster $2.9 billion merger with Supervalu in 2018, reported Grocery Dive.

Peter Roy, UNFI’s Lead Independent Director, said, “Over the last 12 years, Steve has made many valuable contributions to UNFI, including growing our customer base, adapting our business to the demands of the digital marketplace, executing on value-enhancing acquisitions and, most recently, fulfilling UNFI’s role as a critical link in the North American food supply chain during an unprecedented global pandemic.

Throughout his tenure, Steve has methodically and consistently led UNFI to new heights, increasing annual sales from $3 billion to over $26 billion today. At the same time, Steve has fostered a strong set of core values across the Company, building and inspiring a talented team around him and living UNFI’s commitment to serving our customers and the communities in which we operate. The Board is conducting a comprehensive search to identify the best candidate to serve as our next CEO, and we look forward to continuing to benefit from Steve’s strategic oversight and institutional knowledge as Executive Chairman.”

During UNFI’s earnings call Tuesday morning Spinner talked about financial results for the fourth quarter and fiscal year ended August 1, 2020. He said fiscal 2020 was a monumental year for UNFI as the demonstrated flexibility and strength of its supply chain network led to full-year results that exceeded their expectations.

Net income was $52 million, a 174% increase over the same period last year, while net sales increased 0.4%, to $6.75 billion. Earnings per share were 89 cents, above the consensus estimate of 74 cents.

“At the same time, we’re focused on keeping our associates safe and maintaining the food supply chain for communities across North America through the unprecedented events of 2020, including the pandemic, civil unrest, and natural disasters. We’re continuing to execute with passion and purpose on our strategy and expect further growth in fiscal 2021,” said Spinner.

This perspective, stated by Spinner, assumes that food consumption in the home remains high and exceeds food consumed outside the home for the rest of the fiscal year 2021.

Compared to fiscal 2020, the sales growth of nearly $900 million will be more pronounced in the first half of fiscal 2021 prior to cycling the pandemic-related increase in customer demand that began the third quarter of fiscal 2020, according to UNFI.