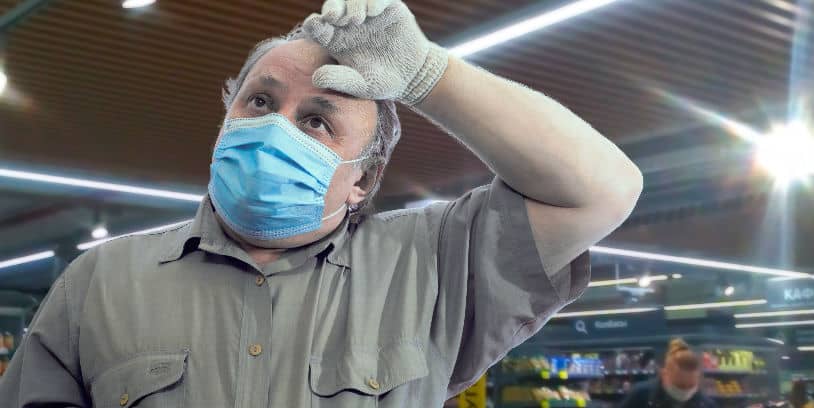 Consumer concerns about COVID-19 are rising back to the level seen at the start of the pandemic in March. According to the latest dunnhumby Consumer Pulse Survey, the U.S. “Worry Index” is now at 29%, an increase of six percent since the third Wave of the study, and nearly back to its original high point of 30% in March.

The dunnhumby “Worry Index” is a measure of how concerned consumers are about COVID-19, the Customer Data Science company said in a statement.

The study also found that while 39% of those surveyed around the world rated their national governments as doing a good job with the crisis, only 25% of Americans surveyed have faith in government actions during the pandemic.

Not surprisingly, with the surges in COVID-19 seen across the country since late May, U.S. respondents reported stores were doing a poorer job keeping them feel safe than in the previous phase. At the same time, U.S. respondents also said they were less likely to practice preventative measures like frequent hand washing (65%) or agree with restaurant closures (50%) and event cancellations (53%) as they did in previous phases.

“Although worldwide our Consumer Pulse Survey is finding that on global basis worries about COVID-19 are declining, this latest update of the study shows that when it comes to the pandemic, worries are going back up in the U.S. and Mexico. This isn’t surprising since the U.S. and Mexico are both struggling to contain the virus,” said Jose Gomes, President of North America for dunnhumby.

“In these uncertain times, retailers must fully understand how their customers are responding to each phase of the crisis, to meet changing needs. Retailers also need to be prepared to respond when regions experience spikes in new cases, which will likely return customers to previous behaviors from earlier phases in the pandemic,” added Gomes.

“Unfortunately, with the surges of new cases in many regions of the world, we will not put this crisis behind us until a vaccine is widely available to the public,” said Gomes. “But, by understanding what matters most to customers by bringing together customer data and insights, retailers can help their organizations navigate and plan for the uncertainty ahead and respond to the evolving needs and worries of their customers.”

For this study, dunnhumby said it surveyed more than 27,000 online respondents in 22 countries. The online interviews were conducted for Wave one from March 29 – April 1, for Wave two from April 11 – 14, and for Wave three from May 27-31. Due to the rapidly unfolding crisis in North America, the company conducted another set of online interviews for Wave four from July 9 -July 12 in the U.S., Canada, and Mexico only. Four hundred individuals were interviewed in each country for each Wave of the study. Approximately, 60% were female and 40% were male.