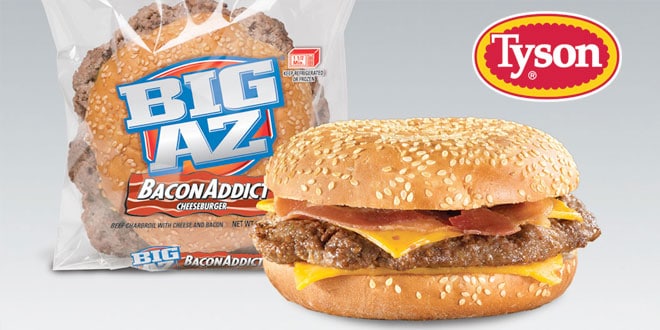 In a $4.2 billion cash deal, Tyson Foods, the largest meat producer in the United States, will buy Advance Pierre Foods, a packaged sandwich supplier based in Cincinnati.

The acquisition of AdvancePierre will add a line of ready-to-eat lunch and dinner sandwiches and snacks to Tyson’s range of retail offerings, which have become central to the Arkansas meat giant’s strategy,  The Wall Street Journal reported.

AdvancePierre is a leading national producer of ready-to-eat lunch and dinner sandwiches, sandwich components and snacks through brands like Landshire and Barber Foods. Last year it registered revenues of $ 1.6 billion and employs about 4,500 workers across the country.

The total value of the transaction, which was approved by the Boards of Directors of both companies, is approximately $4.2 billion, including $3.2 billion in equity value and $1.1 billion in assumption of AdvancePierre debt.

“The addition of AdvancePierre aligns with our strategic intent to sustainably feed the world with the fastest growing portfolio of protein packed brands. We believe that AdvancePierre and Tyson are a natural strategic fit and together will accelerate growth for customers by delivering on-trend, high quality products consumers love”, said in a statement Tom Hayes, president and CEO of Tyson.

Tyson will save $200 million by creating cost synergies

The meat giant believes the purchase of AdvancePierre will help expand its “leadership” in the ready-to-eat food market within the rapidly growing retail and convenience store area.

AdvancePierre President & CEO Christopher D. Sliva said, “we could not be more delighted to join Tyson. This combination will allow AdvancePierre to accelerate its growth and broaden its distribution network by leveraging Tyson’s existing distribution infrastructure and go-to-market capabilities.”

Tyson expects the transaction will result in cost synergies of approximately $200 million, to be fully realized within three years. Cost synergies will be created by a consolidated manufacturing footprint, procurement efficiencies, distribution network consolidation, and addressing redundant sales and marketing functions and duplicative corporate overhead.

The merger agreement is expected to be finalized in July.