Home » News » Tyson Foods Inc. Claims That Meat is not the future 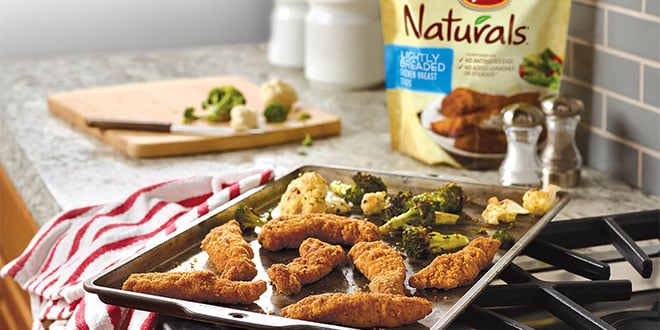 Amid recent controversy regarding the safety of its poultry farms and controversial use of antibiotics, 80-year old meat processor Tyson Foods Inc. is trying to change its image by exploring non-animal based protein alternatives to satisfy increasing global demand.

In an interview with FOX Business, Tom Hayes, the new CEO of Tyson Foods Inc. claims sustainable, plant-based alternatives to traditional protein sources are the future of the food industry:

In order to increase the attractiveness of its animal-based protein for more health-conscious consumers, Hayes has vowed to eliminate the use of antibiotics in most of the company’s poultry and increase transparency throughout its supply chain.

In the search of new protein sources, Tyson Foods (TSN) launched a $150 million venture capital fund to invest in startups developing meat substitutes. One of these investments is a U.S. company called Beyond Meat, a plant-based protein startup in which the Tyson Foods has a 5% stake. Beyond Meat’s mission is to create products that improve human health by utilizing safe, non-GMO ingredients, positively impacting climate change by reducing the negative impact of factory-farming, addressing global resource constraints, and improving animal welfare by reducing the dependency on animal protein.

Tyson Foods is also taking measures to create a more sustainable food system within its large network of factory farms, which have come under fire for alleged chicken abuse and the detection of a strain of bird flu in one of its Tennessee contracted farms this month.

“We do a lot. We have 114,000 people and we have 100 plants and we have 11,000 family farms that we work with, so there is a lot that can go wrong. But we do things really well and we have team members who are really focused on making good food, and are actually doing things for the world,” Hayes said.