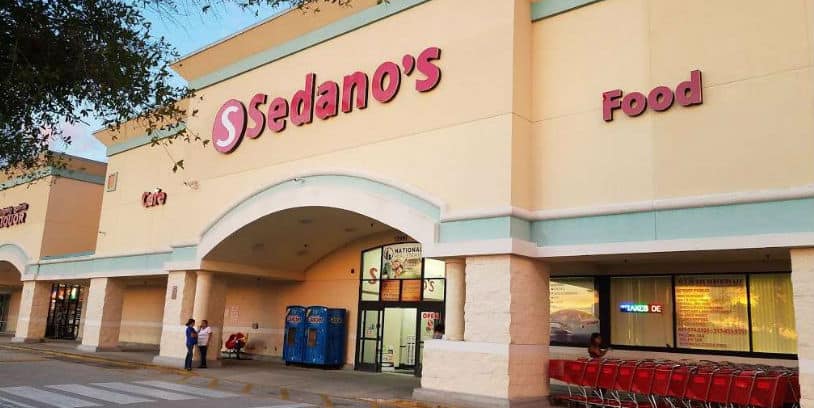 Across the country, state governments are taking preventive measures to curb cases of coronavirus infection and have ordered restaurants and other establishments serving food and beverages to temporarily close their public service areas, leaving tens of thousands of employees out of work. Meanwhile, numerous supermarket chains are hiring workers to respond to the high demand for products in their stores.

In Miami, three flagship businesses decided to join forces to support each other and seek relief for people who have suddenly become unemployed due to the coronavirus pandemic.

Sedano’s Supermarkets, Versailles and La Carreta have partnered to provide temporary jobs for the restaurants’ workers affected by this pandemic.

The independent Hispanic grocery chain looks to add up to 400 full-time and part-time positions across its stores, while Versailles and La Carreta close their dining rooms and focus only on takeout, delivery, and walk-up window orders.

“This collaboration reflects who we are as companies in our community,” said Javier Herrán, chief marketing officer of Sedano’s Supermarkets. “During difficult times, local businesses and communities need to support one another.”

“Much like Sedano’s, our workers are like family, and we want each of them to know that their jobs will be waiting for them once this crisis concludes. We look forward to welcoming them back, but we can rest easier knowing they are being taken care of,” said Felipe Valls Jr., owner of Versailles and La Carreta restaurants.

The partnership between Sedano’s Supermarkets, La Carreta and Versailles illustrates how local businesses can come together and support one another, changing the course and emerging stronger together, the three businesses expressed in a statement.

Founded in 1962 by the Herrán and Guerra families, Sedano’s Supermarkets has grown to become one of the leading independent grocery chains in the United States. Sedano’s serves Florida’s growing multicultural communities with 35 stores and more than 3,000 workers.

A Miami tradition for nearly 50 years, Versailles is known as The World’s Most Famous Cuban Restaurant. Owned by the Valls family, Versailles provides family-style, Cuban cuisine in the heart of Little Havana.

In addition, the Kroger supermarket chain announced that it is hiring an additional 10,000 woekers nationwide as demand for food increases. H-E-B in Texas was hiring, but due to the high volume of applications, they temporarily stopped accepting them.

Major retailers like Target and Walmart are also hiring.

The National Restaurant Association is asking Congress for immediate assistance

On March 18, the National Restaurant Association (NRA) sent a letter to President Trump and Congress outlining the extreme impact the coronavirus outbreak is having on the foodservice industry, and outlining several steps Congress can take immediately to provide relief and help the recovery of the nation’s one million restaurants and their 15.6 million workers.

“Economically, we are anticipating sales to decline by $225 billion during the next three months, which will prompt the loss of between five and seven million jobs. The restaurant industry is one of the low margins, tight cash flow, and a workforce that depends on us for their livelihood. Without aggressive and immediate action from the federal government, many restaurants that are a staple of local communities will simply never resume service,” the NRA warned in its letter to the government.

“We urge you to take critical steps to support America’s restaurant industry and the 15.6 million workers we employ,” and the association offers in the letter a proposal aimed at helping the industry financially.