Home » News » The Potato: From Garden Ornament to Main Food in Our Diet 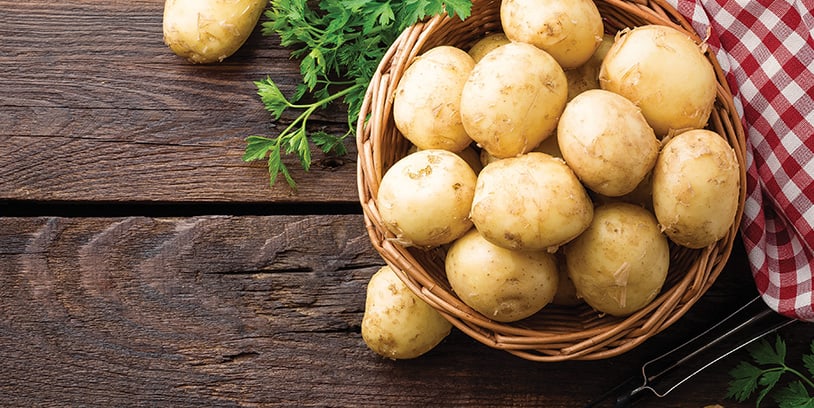 Article Courtesy Paola Ochoa, AgTools
To learn a little about this tuber, let’s go to its origins. The first potato crops originated some 6,000 to 10,000 years ago, just north of Lake Titicaca in Peru, and over time its spread was so great that it reached Europe. Although the Europeans were initially not convinced to have it and looked for any excuse not to consume it, it became a staple food in the old continent.

If we want to be more specific about the arrival of this product on European soil, we have to go to the year 1560. However, curiously, it was used more as a decorative element in gardens because of its flower.

In Latin America, there are between 4,000 to 5,000 varieties of potatoes, which proves that it is a very well-established crop in the gastronomy of this region.

Thanks to its versatility, the potato can be prepared in many ways, making it a product that can be found fresh, in flour, frozen and dehydrated; this has allowed a wide range of options in Latin American cuisine and its dishes.

And of course, the potato is widely used in Hispanic cuisine to prepare soups, broths, creams, stews, purees, snacks, pancakes, and french fries.

The potato contains almost all the essential vitamins and nutrients, except vitamins A and D, making its properties unrivaled by any other crop.

Related Article: Cilantro: Do You Hate it or Love it?

The potato is so vital in people’s daily lives that it even has its own day! And it is precisely on May 30, World Potato Day. It is an energetic food, it is easy to prepare and has many varieties when cooked, and it is also economical and very profitable in terms of consumption.

Currently, potato consumption averages 52.3 pounds per person per year; 50% is fresh potato. The rest is processed, mainly as French fries, chips, and dehydrated, while its sales represent 15% of the total food market.

In 2019 in the United States, 8.9 billion pounds of potatoes were traded, while in 2021, 9.4 billion pounds were sold, which represents an increase of 5.49%, which we can appreciate in the following graph:

62.5% of these potatoes come from three primary regions: Idaho, with 37% production, and Bingham County is the largest producer; Colorado, with 15%, mainly in the San Luis Valley; and Canada, with 10.46%. These regions complement each other to produce the tuber year-round, making it possible to enjoy fresh potatoes on the table at all times.

But these are not the only regions that produce potatoes. In 2021, there were 19 states where potatoes were grown.

Idaho, the leading tuber producer within the United States, has decreased its production volumes by 5.76% compared to 2017, reaching its lowest production level in the last six years in 2021.

When analyzing the final consumer’s prices for potatoes at the national level, we can see how the yellow potato is the most volatile price, going from $0.64 per pound in March to $1.69 in December 2021, while the Russet variety is the most stable price.

In addition to being a natural energy source, the potato has anti-inflammatory properties, so its consumption can benefit people suffering from arthritis and rheumatism. It also has benefits against anemia.

With the versatility of potatoes, the possibilities for their use and consumption are endless.