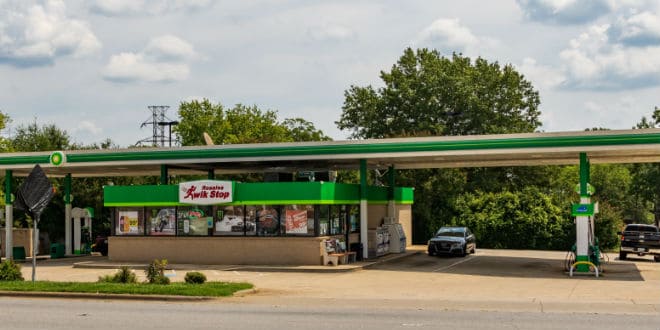 The convenience store industry in the United States saw a decline in the number of smaller operators over the last year due to the economic difficulties they face and the fact that large chain stores are buying them up.

The National Association of Convenience Stores (NACS), reported that there are currently 152,720 convenience stores operating in the United States, down less than 1% from last year’s 153,237 stores, according to the 2020 NACS/Nielsen Convenience Industry Store Count. The count is based on stores that were open as of December 2019.

The decline among the smallest operators is part of continued consolidation in the industry. The smallest companies (those with 1-10, 11-50, or 51-200 stores) are shrinking from the channel as they are acquired by the larger chains or struggle with profitability.

Operators with more than 200 stores continue to expand, mainly through mergers and acquisitions. Between 2015 and 2019, half of the 20 largest chains have gone through some sort of merger or acquisition, consolidating a significant portion of stores, according to NACS 2019 State of the Industry Summit data.

“Historically, c-stores have been unique in the retail channel in that new companies could enter the market relatively easily and succeed with a simple business model,” said Andy Jones, president and CEO of Sprint Food Stores, NACS Board member and vice chairman of the NACS Research & Technology Committee.

“That’s not the case anymore. What we have seen during the past few years, and especially in 2019, is that the small operators are going out of business because the model for success has changed, or they mastered the old business model, and maybe the new one as well, to be profitable enough to be bought by a larger company,” added Jones.

Performance vs. Other Channels

Overall, reported NACS, the industry is seeing less contraction than the grocery and drugstore channels, down 1.6% and 1.7%, respectively, while the dollar store channel continues to grow, adding 1,565 stores in 2019.

The convenience store count represents more than one third (35%) of the brick-and-mortar retail universe tracked by Nielsen in the United States. Except for the dollar store channel, all other significant channels had fewer units at year-end 2019.

“Accelerated change defined another deal-heavy year in convenience retail. The dynamics within the industry are shifting, and bringing investor value is now a top priority for many players in the space. Since convenience has been relatively sheltered from the disruption of e-commerce, retailers in 2020 will continue to prioritize physical store growth to scale and grow the industry at large. That said, digital transformation and the consumer’s growing desire for frictionless retail are headwinds on the horizon that should not be ignored,” said Jeffrey Williams, senior vice president of Retail and U.S Industry Relations at Nielsen.