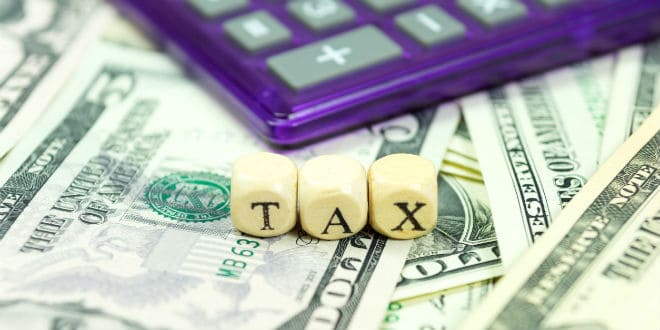 A historic tax reform bill was approved by the Senate, 51 to 48, early Wednesday and the House will have to vote again on the bill on technical changes, but it is expected to pass. It will then head to the President’s desk for his signature before the end of the week.

The bill dramatically reshapes the tax code, cutting taxes for corporations and most individuals. It got zero support from Democrats who say the bill doesn’t give enough help to average Americans.

How will this tax overhaul affect the grocery industry? Major grocers and food manufacturers support the tax reform bill.

“Supermarkets are a high tax industry with the majority of independent grocers operating on just one to two percent net profit margins, meaning any reduction in the effective tax rate will significantly help these entrepreneurs hire additional staff, expand offerings and upgrade their stores. This landmark legislation will help independent grocers continue to invest in their companies, employees and communities,” said Chris Jones, National Grocers Association vice president of government relations and counsel.

The soon to be law slashes the corporate tax rate from 35% to 21% starting next year and restructures the way pass-through businesses are taxed.

The tax burden on owners, partners and shareholders of S-corporations, many independent supermarkets owners, LLCs and partnerships — who pay their share of the business’ taxes through their individual tax returns — would be lowered by a 20% deduction.

6 Concepts That you Must Understand About Financial Education

Businesses would get to immediately write off investments for the next five years. It will maintain the estate tax, but raises threshold to qualify to about $11 million.

“NGA applauds this important step toward once-in-a-generation tax reform that will help our industry grow and create jobs. We are pleased the bill lowers rates for both C-corporations and pass-through business, and retains many important tax policies that drive growth in the independent supermarket industry,” added Jones.

“Passage of tax reform is a major victory for retailers who currently pay the highest tax rate of any business sector, and for the millions of consumers they serve every single day. Our priorities were clear: reform must jumpstart the economy, encourage companies to invest here in the United States, increase wages and expand opportunities for employees, and protect our small business community, of which the vast majority are retailers. That’s exactly what this legislation will achieve. Most importantly, this historic tax reform will put more money in the pockets of consumers – the best Christmas gift middle-class Americans could ask for this holiday season.”

According to the Senate Finance Committee, a typical family of four earning the average annual income of $73,000 would see its taxes cut by nearly $1,500 a year or $125 a month.

Expands child tax credit: The credit would be doubled to $2,000 for children under 17. It also would be made available to high earners because the bill would raise the income threshold under which filers may claim the full credit to $200,000 for single parents, up from $75,000 today; and to $400,000 for married couples, up from $110,000 today.

Lowers cap on mortgage interest deduction: If you take out a new mortgage on a first or second home you would only be allowed to deduct the interest on debt up to $750,000, down from $1 million today. Homeowners who already have a mortgage would be unaffected by the change.

Preserves smaller but popular tax breaks: The final bill preserves the deductions for student loan interest and classroom supplies bought with a teacher’s own money and the tax-free status of tuition waivers for graduate students. It also expands the medical expense deduction for 2018 and 2019.

Eliminates mandate to buy health insurance: There would no longer be a penalty for not buying insurance.