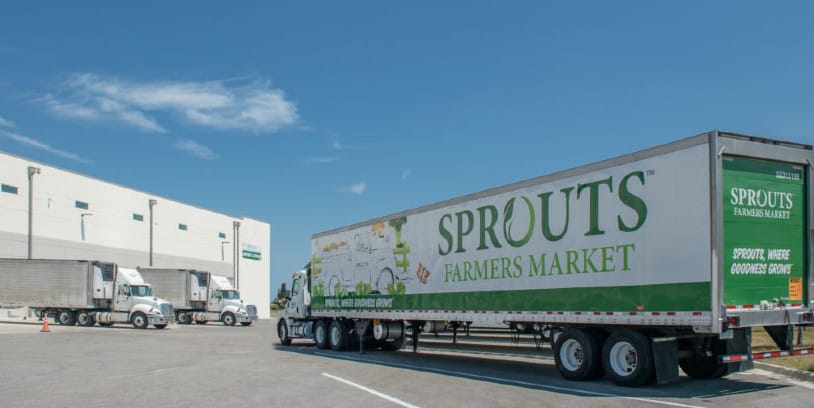 Sprouts Farmers Market opened its first fresh produce distribution center in Florida, which will support the supermarket chain’s growth in the Sunshine State, where the company plans to open ten new stores this year.

Since opening its first store in the state in 2017, Sprouts has rapidly expanded across Florida, with 23 supermarkets. In addition to the newly opened distribution center in Orlando, the retailer has six other facilities across the country in Aurora, Colo.; Colton and Union City, Calif.; Glendale, Ariz.; Wilmer, Texas; and Atlanta, Ga.

The 135,000 square-foot facility located in Orlando was built for Sprouts Farmers Market and includes 34°F, and 55°F storage and fruit ripening rooms ideal for the wide variety of fresh produce Sprouts offers. The company recently announced it would drive efficiencies across its network of fresh distribution centers by locating them within 250 miles of the stores they serve, allowing for fresher, local assortment.

“With organics representing more than a third of our produce business in Florida, we know shoppers across the state are interested in fresh, affordable organics and local varieties,” said Chief Fresh Merchandising Officer Scott Neal.

The distribution center will support and expand Sprouts’ local agricultural partnerships with growers such as Jim Rash, Noble Citrus, and Astin Berry Exchange, among others. This program allows exclusive offerings such as Sugar Baby watermelons, a crisp but juicy version with a classic sweet flavor, available this summer, the company announced in a press release.

Later this year, Florida stores will transition to an all-organic mushroom set.

Sprouts Farmers Market partnered with Penske Logistics as its third-party logistics provider for the distribution center with a dedicated transportation fleet, which has created 57 new full-time jobs in the market.

The Foundation’s donation will provide Fleet Farming resources to purchase a vehicle to transport agricultural supplies. It will support the buildout of a commissary kitchen, which will allow staff to prepare food within a mile of their distribution hub. The remaining funds will be used to purchase gardening supplies like seedlings and soil for the 13 farmlettes.

Since 2017, the Sprouts Healthy Communities Foundation has donated more than $270,000 to nonprofit organizations across Florida, supporting garden-based learning and healthy eating programs for kids, including the work of Orlando Health Foundation and the Arnold and Winnie Palmer Foundation.