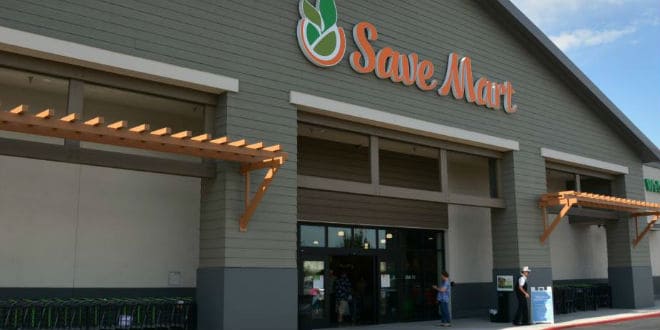 Nicole Pesco, CEO of Save Mart, who was the keynote speaker at the Business Women’s Symposium held in Modesto, California, spoke about the ambitious project to remodel and improve Save Mart stores aimed at keeping and attracting consumers in the increasingly crowded grocery industry, according to the publication The Modesto Bee.

Since Pesco took over as CEO of Save Mart Companies two years ago, she has been leading the redesign project of all the company’s stores, the first of such magnitude since its inauguration in 1952.

Save Mart stores are located in northern and central California. The supermarket chain also owns the Lucky, Lucky California, FoodMaxx and Maxx Value Foods grocery chains for a total of 208 stores.

According to The Modesto Bee, the remodeling plan for the 81 stores must be completed by 2020. This year, 50 stores are being renovated, including some in the company’s Bay Area-based Lucky supermarkets. The work will finish with the completion of the company’s new flagship Save Mart store in north Modesto at the end of next year.

This week, four Save Marts in Fresno had their grand reopening, with their new image. Before the end of the year, more stores in Fresno, Reedley, Clovis, Kingsburg, Sonora, Merced, Lemoore and Visalia will be reopened with their new design, reported The Modesto Bee.

Pesco stressed that within the stores remodeling project, another part of the plan is to have available more local food products for sale.

“We’re really trying to be much more locally focused so that we can provide our customers with food that comes from their friends and neighbors who are producing it,” said Pesco.

To stay competitive, Pesco said that Save Mart is focus on making going to its stores an experience shoppers look forward to, instead of a chore.

About online shopping, Save Mart also began its modernization process with the launch of ClickCart service that enables customers to buy groceries through its retail banner websites or mobile apps and pick them up the same day.

The company expects to include home delivery next year.