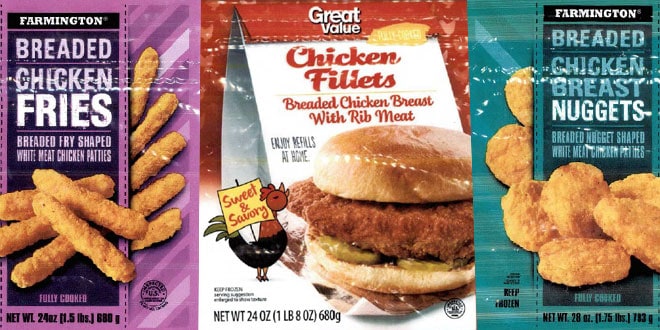 CELAYA, Mexico, March 24, 2017 /PRNewswire/ — Industrias Bachoco S.A.B. de C.V. , Mexico’s leading producer and processor of poultry and other food products, announced today that its subsidiary OK Foods, located in Arkansas and Oklahoma, has begun a recall of approximately 1 million pounds of breaded chicken. The products, which were produced at its Oklahoma City plant between December 19, 2016 and March 7, 2017, could be contaminated with extraneous materials, specifically metal.

Most of affected product remains in the company’s inventory control and there have been no confirmed reports of adverse reactions due to consumption of these products.

The company has identified and isolated the problem to one production line in its recently acquired Oklahoma City plant, and it has taken immediately actions to eliminate the problem through increased quality control measures.

Even when the company expects no material effect on its financial results, it will work intensively to keep the confidence of its customers of product produced in this facility.

They are confident that the OK Foods team is effectively managing the issue as they continue working with USDA officials to resolve the matter.

Industrias Bachoco is the leader in the Mexican poultry industry, and one of the largest poultry producers globally.

The Company was founded in 1952, and became a public Company in 1997, via a public offering of shares on the Mexican and The New York Stock Exchange. Bachoco is a vertically integrated Company headquartered in Celaya, Guanajuato located in Central Mexico. Its main business lines are: chicken, eggs, balanced feed, swine, and other products. Bachoco owns and manages more than a thousand facilities, organized in nine productive complexes and 64 distribution centers in Mexico, and a productive complex in the United States. Currently the Company employs more than 25,000 people. The Company is rated AAA (MEX), the highest rating awarded by Fitch Mexico, S.A. de C.V., and HR AAA which signals that the Company and the offering both have the highest credit quality by HR Ratings de Mexico S.A. de C.V.