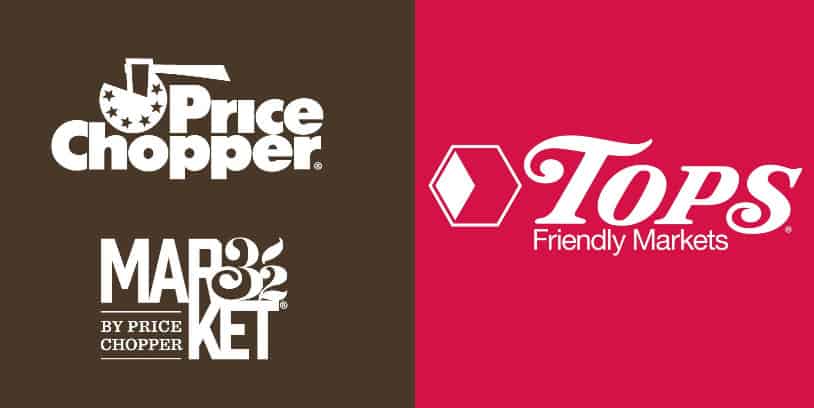 Price Chopper/Market 32 and Tops Markets announced the completion of their merger, having completed the regulatory review process and received approval from the Federal Trade Commission (FTC).

Under the terms of the agreement, the two companies will be managed locally by their respective leaders and will continue to be known by their established brand identities but will be owned and overseen by a new parent company, Northeast Grocery, Inc.

According to a press release, Scott Grimmett, the current president and CEO of Price Chopper/Market 32, will lead the new parent company. He will also serve on its board of directors, as will Frank Curci, former Tops Markets Chairman and CEO.

“We’re appreciative of the FTC’s diligence in reviewing this merger and grateful to have received all of the necessary approvals. Now, we can dedicate ourselves to bringing these two storied grocery chains together, leveraging best practices, developing new opportunities, and finding efficiencies that will help us continue to deliver distinctive shopping experiences,” said Grimmett in the press release.

The agreement cements a powerful alliance between the two storied independent grocery chains, as it virtually doubles their collective footprint in the Northeast.

With increased scale across their now-combined footprint of nearly 300 stores, the merged companies are better positioned to leverage increased value for customers and advance shared opportunities for innovation. Also, fortify the depth of their expanded workforce, community, and trade partnerships, thereby becoming more robust and more competitive.

“We believe that this merger will be a positive for our membership, preserving union jobs and strengthening the company’s prospects into the foreseeable future,” said Frank DeRiso, president of the UFCW Local One. “We are pleased that we have an agreement with the new owner, and they are committed to retaining all of the existing union jobs and contracts. We would like to thank the office of the NYS Attorney General, Senator Chuck Schumer, and our UFCW International Union for their guidance, assistance, and cooperation during this complicated process. This merger will benefit both consumers and union members.”

Northeast Grocery, Inc. will be headquartered in Schenectady, N.Y., as will Price Chopper/Market 32. Tops Markets will retain its main office in Williamsville, N.Y.

“Completing the details of this merger marks a major milestone for the management teams of both Price Chopper/Market 32 and Tops,” said Grimmett. “And I’m confident that our teammates and associates are excited about it and will continue to deliver excellence.”