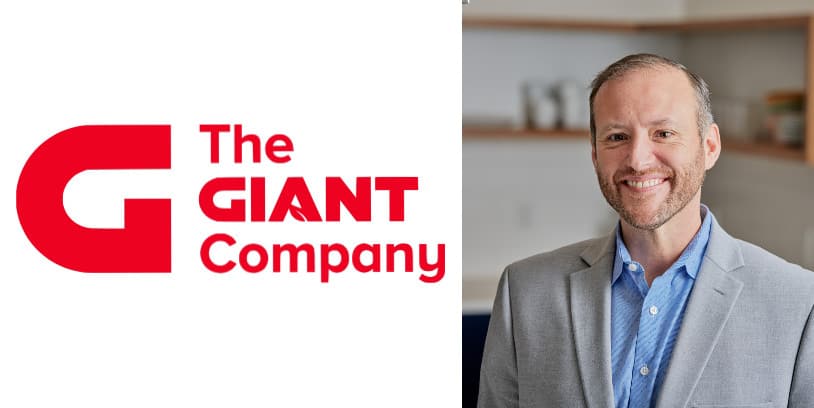 After nine years as president of The GIANT Company, Nicholas Bertram will leave his post on August 31st to pursue new opportunities, according to Ahold Delhaize USA.

For the leadership transition at the supermarket chain, John Ruane has been appointed interim president and will serve in that capacity until a successor is named.

“We have been fortunate to have Nick lead The GIANT Company during his nine-year tenure,” said Kevin Holt, president of Ahold Delhaize USA, in a press release. “His leadership has inspired very strong performance by the team. The GIANT Company has achieved great success with growth in its local markets, innovation in operations, and a strong commitment to diversity, equity, inclusion, and health and sustainability. We remain confident in the continued momentum of the brand and wish Nick all the best in the future.”

The GIANT Company, headquartered in Carlisle, Pa., operates 192 supermarkets in Pennsylvania, Maryland, Virginia, West Virginia, and New Jersey and has more than 35,000 associates.

“Leading The GIANT Company to be designed for the way families live now has been a great honor, and I am excited about the growing momentum of our purpose-led teammates. That, along with the strength of our leadership team, makes now the most natural time for me to step away. I have great confidence in John and believe that The GIANT Company’s best days are still to come,” added Bertram.

Ruane is Senior Vice President and Chief Commercial Officer for The GIANT Company. He has led the merchandising and marketing teams to develop and implement customer-centric strategies that support the brand’s continued growth while improving customers’ experience and the overall value proposition.

Ruane started his career in the grocery industry at the age of 14 at Foodtown in New Jersey, where he worked through college. He later joined Pathmark and held increasingly responsible positions in retail and merchandising before joining Ahold Delhaize USA companies in 2011 and The GIANT Company in 2018.

“I’m honored to serve as interim president. I look forward to continuing to serve our customers and communities and delivering on our purpose and passion of meeting today’s customers’ needs,” said Ruane.

An industry and community champion, he currently serves as Chair of FMI’s Fresh Food Leadership Committee and on the Board of Directors at Philabundance, one of the largest hunger-relief organizations serving the Philadelphia area. Ruane attended Rutgers College and has completed post-graduate programs at Cornell University and Harvard Business School.