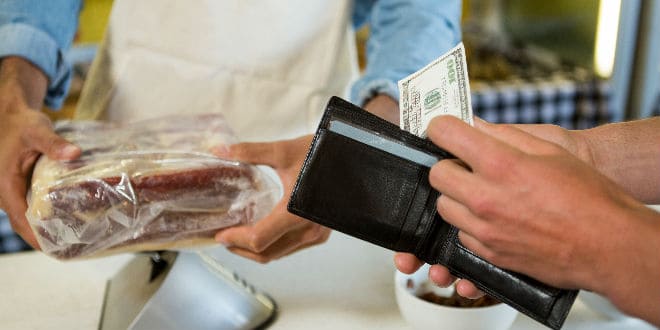 The New Jersey State Assembly approved by majority a bill that rejects discrimination against consumers who can only pay in cash at the stores and will ban cashless stores. The legislation would apply to brick-and-mortar retailers, excluding transactions made online, by telephone, or by mail.

The bill that would go into effect as soon as it is signed by the Governor of New Jersey, says it would be an unlawful practice for a retail that sells goods or services to require a buyer to pay using credit card or to prohibit cash as payment in order to purchase the goods or services. Retails shall accept legal tender when offered by the buyer as payment, according to the bill.

The cashless store ban would impose steep penalties on retailers that violate it. Business could be subject to a civil penalty of up to $2,500 for a first offense and up to $5,000 for a second violation. Subsequent offenses would be considered unlawful practices under the consumer fraud act, which can levy penalties of up to $20,000.

The bill exempt some business from the cash requirement. The ban not apply to retailers inside airports, parking facilities, and car rental companies.

Related Article: Grocery prices will continue to rise: how to mitigate the increases?

An increasing number of retailers are promoting cashless payments due to the increased efficiency and safety of transactions, meaning there is less chance of being robbed due to holding no physical cash.

However, consumer advocates support the bill by ensuring that businesses who refuse to accept cash from customers to pay for their purchases are discriminating against both low-income people or older customers who do not have credit or debit cards.

“A lot of people forget that access to banks and lines of credit are luxuries not everyone has and the costs associated can often put them out of reach for many low-income families,” State Senator Nellie Pou told NJ.com. .

New Jersey would become the second state in the country to have this type of legislation. In 1978, Massachusetts was the first state to pass a law banning cashless stores.