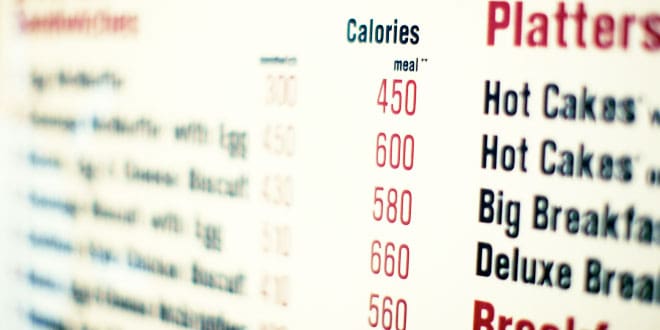 The food industry is asking President Donald Trump’s government to ban, or at least temporarily halt, the enforcing of new calorie counts regulation on restaurant menus.

The Food and Drug Administration (FDA) is enforcing the new mandate by May 5, 2017 regarding businesses that serve meals. This includes sit-down and take-out restaurants, movie theaters, vending machines, grocery stores, and even bowling alleys.

Menus should explicitly state how much calorie intake is in each meal.

These groups hope to capitalize on the new administration’s policies aimed at eliminating regulations and controls imposed by the Obama administration on different industries and business sectors.

In a petition filed by the National Association of Convenience Stores with the FDA, one lawyer argued that, “The final rule is exactly the kind of regulation that the new Administration has opposed and/or stopped since January 20 through several presidential actions, ” the Washington Post reported.

The Administration is Reviewing the New Calorie Counts Regulation

While most restaurants have accepted the new regulation, convenience stores and grocery stores are less embracing. They want modifications to the rule so that there are fewer restrictions on certain types of businesses.

“The regulation was written with restaurants in mind,” Douglas Kantor, a lawyer for the supermarkets and convenience stores, told the Washington Post. “Our stores are not centralized or standardized like restaurants, and the rules do not allow us enough flexibility.”

Although the date for the new regulation is approaching, the news media Political reported that the Trump Administration has been receptive to requests from different sectors of the food industry.

Ray Starling, the president’s special assistant to agriculture, trade and food aid, told a group of journalists that there was “an active conversation” about the delay in bringing the new measures into effect.

Deborah Kotz, FDA spokeswoman, said in a press release that the agency is aware of the concerns expressed by the food industry, but so far the date of May 5 remains for the new regulations to begin applying.