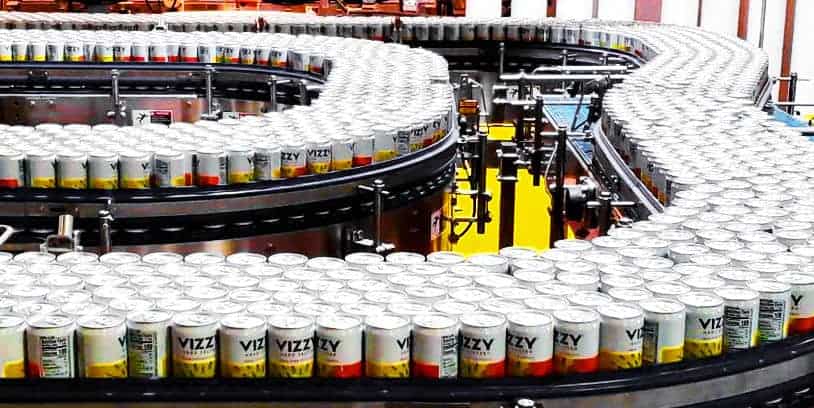 Molson Coors Beverage Company reported that it is increasing production capacity by more than 400% for the suite of innovations at the company’s Fort Worth and Milwaukee breweries. With new canning lines and a state-of-the-art filtration system, the company will be able to quintuple its production of the new products, as well as other beverages in Molson Coors’ rapidly growing portfolio.

The expansions come at a time when the company believes it is uniquely positioned to align with consumers’ desires for a variety of beverage choices. Vizzy, Coors Seltzer and Blue Moon LightSky are three of the top 20 best-selling new innovations in beer and flavored malt beverages YTD, per Nielsen.

Over the last three months, the company formed a joint venture with Yuengling, announced it will bring Topo Chico Hard Seltzer to the U.S. in 2021, launched a slate of new non-alcoholic products as it expands its portfolio beyond beer, and formed a partnership with La Colombe to distribute their ready-to-drink products.

“We’ve seen tremendous growth in Vizzy, Coors Seltzer and LightSky since each of these products were introduced earlier this year, and we’re full steam ahead from a production standpoint,” said Brian Erhardt, chief supply chain officer at Molson Coors.

“These investments will allow us to keep up with demand as we work to aggressively grow our above premium portfolio and prepare for additional product launches that the revamped Fort Worth and Milwaukee breweries are able to handle,” added Erhardt.

The changes at both locations were accomplished in minimal time to keep up with the demand for the new beverages, said the company.

In Milwaukee, Molson Coors invested in a brand-new can filler, allowing the brewery to package nearly 2,000 cans of Blue Moon LightSky per minute for the citrus wheat beverage that is the No. 1 new beer of 2020, per Nielsen.

Molson Coors invested millions of dollars to install new equipment at the Fort Worth Brewery to further modernize the facility and the new changes became operational right before the Thanksgiving holiday.

According to the beer company, the increased capabilities are the latest in a series of moves Molson Coors has made in executing their revitalization plan to build on the strength of its iconic core, aggressively grow its above premium portfolio, expand beyond beer, invest in its capabilities, and support the company’s people and communities.

Molson Coors recently completed a new brewery near Vancouver, British Columbia, and also plans to open a new brewery in Montreal in late 2021. It also recently announced a substantial investment in the company’s Rocky Mountain Metal Container can plant in Golden, Colorado, a joint venture with Ball Corp., that will enable the joint venture to produce an additional 750 million slim cans per year.