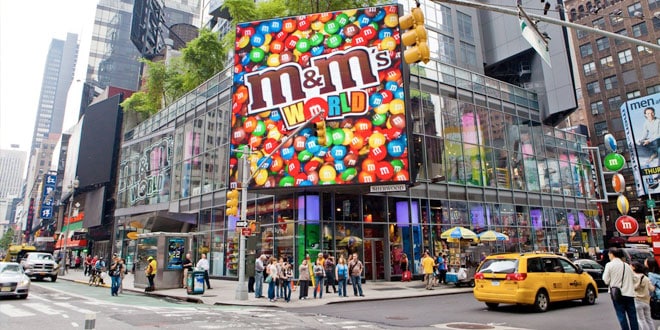 Mars Chocolate North America announced a plan to reinvest $70 million in manufacturing and create 250 new jobs across United States, according to the company’s President Tracey Massey.

The goal of the company is to ensure that more than 95% of Mars’ chocolate products for the United States are made in this country.

Last year, the parent company Mars Inc. announced that it was investing $900 million in its U.S. supply chain, on top of its previous $1 billion investment, which have added more than 1,000 American jobs across the company’s portfolio of segments including Chocolate, Wrigley, Food, Petcare, Drinks and Symbioscience.

“Mars believes in the value of keeping our operations in America – it’s good for our people, our business and our consumers,” said Tracey Massey, President, Mars Chocolate North America. “This investment will create new American jobs in communities across the country while also enabling us to offer more product innovation, choice and transparency to our consumers”, according to a company release.

Their latest investment also comes at a moment when both consumers and retailers are demanding greater choice and seeking product variety across calorie and price options.

“Our supply chain transformation will allow us to balance consumers’ unique, changing needs while continuing to meet demand for their most beloved products.”

Mark Johnson, President, Mars Petcare North America, pointed out that “this commitment is fundamental to our DNA and how we operate. And you’ll continue to see investments like this across our businesses.”

The market increasingly demands creating new jobs by manufacturing in America. That’s what Nielsen data shows:  about 75 percent of millennials say buying American-made products is important to them.

By continuing to expand its U.S. footprint, Mars will be better able to introduce new treats to satisfy diversifying consumer appetites.

“Our consumers are known for trying new things. They are increasingly paying attention to what they eat, but they also want to treat themselves,” conclude Massey.