Home » News » Manuel Herrán, the founder of Sedano’s, died at the age of 83 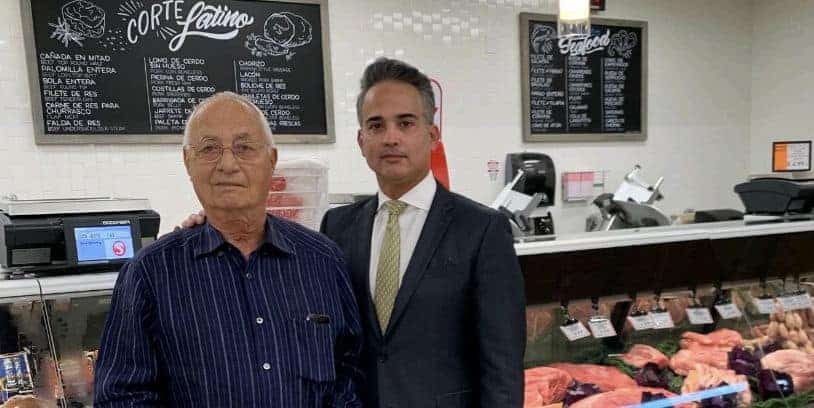 Manuel Agustín Herrán, the founder of the Hispanic supermarket chain Sedano’s based in Hialeah, Florida, passed away on October 15 at the age of 83.

According to The Miami Herald, Herrán died of complications from diabetes and his funeral was held in a private ceremony on Saturday, October 17.

In a statement sent to Abasto, the Hispanic supermarket chain reported on the death of the founder of Sedano’s:

It is with heavy hearts that we announce the passing of Manuel Herrán, chairman of Sedano’s Supermarkets. Manolo died peacefully, surrounded by his family, on Thursday, October 15, 2020.

Manolo was an extraordinary man who started from humble beginnings and rose to become a respected and beloved business leader. He built Sedano’s Supermarkets into the largest Hispanic retailer in the United States.

“My father was a hard worker who taught us perseverance and the value of one’s word,” said Agustin Herrán , his son, and CEO of Sedano’s. “We take solace in remembering his strong love for family and in knowing his legacy will continue for generations to come.”

The Sedano’s Supermarkets family expresses its sincerest gratitude for the outpouring of love and support over the past days. Manolo’s influence and passion will be greatly missed by all those who he helped and positively affected throughout his life, said the statement.

Herrán was born in Spain, but his parents emigrated to Cuba in the early 1950s and when Castro’s revolution began, they fled to the United States and settled in Hialeah. Herrán began working with his wife’s uncle, managing a bodega that the previous owner had named Sedano after him and they decided to keep it that way.

According to The Miami Herald article, Herrán called his three brothers who lived in New Jersey and asked them to move to South Florida in order to help him open other Sedano’s supermarkets. When his wife’s uncle, Armando Guerra, died in 1979, the Herran family was already operating four stores.

Currently, Sedano’s has 35 grocery stores in South Florida and Orlando with more than 3,000 employees serving the Hispanic consumer by offering imported food and ingredients from Latin America, the Caribbean, and Spain.

Sedano’s Supermarket was the first to have the first automated hyperlocal fulfillment center, designed by Takeoff Technologies. The robotic supermarket began operations in November 2018, creating an innovative eCommerce system.

Herrán is survived by his wife, Nyria, their children Agustín and Magaly Santana, and their four grandchildren. Sedano’s supermarkets continue to be a family business run by the founder’s sons and nephews.