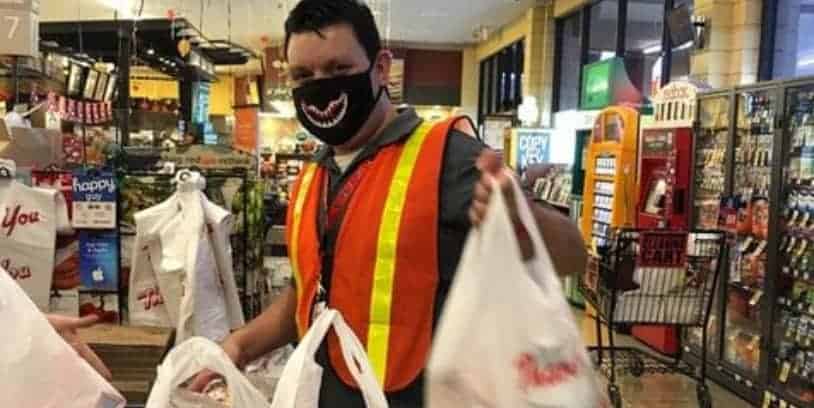 Los Angeles City Council members introduced a groundbreaking measure requiring grocery store chains employing over 300 workers nationwide to temporarily raise wages for Los Angeles workers by $5 an hour. The first-of-its-kind hazard pay measure would apply to union and non-union grocery stores alike and comes as COVID-19 cases and deaths surge in Los Angeles and the rest of the country.

The measure would sunset once Los Angeles County reaches the state’s Yellow Tier category, which requires fewer than one daily new case per 100,000 residents. If passed, the local ordinance would pave the path for other local governments across California and the nation, said the UFCW 770.

To date, no other city or county has any requirement that grocery stores provide their employees hazard pay during the pandemic.

“Our grocery store workers ensure that so many of us have food and critical items to keep our families fed and safe during this pandemic,” said LA City Council President Nury Martinez. “Every Angeleno recognizes the importance of the sacrifices and inherent risk they take on our behalf. Their pay should match the indispensable service they provide us during these trying days and that is why the Councilmembers and I introduced this motion.”

UFCW 770 members, who have been risking their lives and been on the frontlines of the pandemic for months now, have been calling on grocery store corporations to reinstate hazard pay as companies see record profits, said the union.

Major grocers, including Kroger, which owns Food 4 Less and Ralphs, agreed to pay Los Angeles grocery store workers a $2 an hour hazard pay increase in March, only to end it six weeks later in May.

“We’re working so many more hours and not in a controlled environment. We put our own health and our families at risk, while these companies make billions,” said Norma Leiva, a worker at a Food 4 Less store. “To me, the City Council’s action means that my work I’m doing and the services I’m providing are being recognized.”

As COVID-19 cases soar and Intensive Care Unit capacity reaches a breaking point in Los Angeles, grocery store workers continue to face the risk of infection. To date, over 2,000 UFCW 770 members have contracted COVID-19. Nationwide, more than 200 UFCW members have died of COVID-19.

“Grocery store workers have earned and deserved hazard pay for the dangers and risks they face every time they clock into work,” said John Grant, President of UFCW 770. “We’re in the midst of a deadly global pandemic that has already taken the lives of far too many of our members while grocery stores ignore their contributions. We are determined to fight for our members and all workers –union and non-union–, who are on the frontlines to keep our communities going during this crisis.”