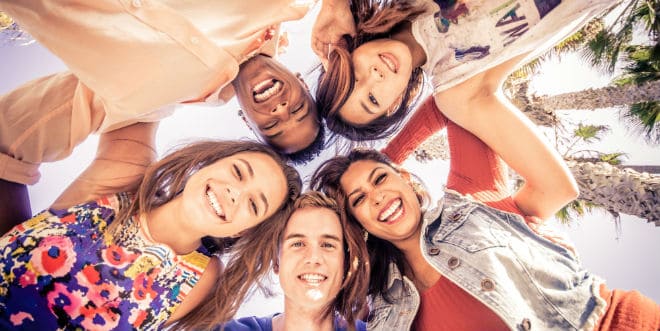 Today the population of Latinos in the USA is significantly younger than their non-Hispanic counterparts and increasingly, born in the United States.

This population is creating what will be the future of the United States, but at the same time maintaining strong ties with their culture of origin, thus developing a ambicultural personality which makes it to be and feel completely American and Hispanic.

Marketing professionals should consider the importance of dual language when creating messages that speak to both: the American spirit and the Latin soul.

An info graphic that shows the importance and significance of Hispanics in the United States through the numbers:

18%: is the percentage that Latinos represent of the total population of the United States.

Latinos are one of the major forces in the growth of this country.

78% of Hispanic growth comes from births, not immigration. Larger families and younger adults in age of childbearing, are the factors that allow the growth of the Hispanic population.

58%: Hispanics under 34 years of age are bilingual.

Due to the growth in births of Hispanics in the US and to the decrease in immigration, the younger generations are predominantly bilingual.

This does not mean that they do not speak Spanish, but that they speak both languages.

63%: of of the Spanish-dominant Hispanics are 35 years or older.

In contrast, only 4% of children under 18 years are dominant of the Spanish.

Despite the growing dominance of English language, culturally relevant messages in Spanish are still very important for young people.

By 2015, Hispanics accounted for 9.8 per cent of the purchasing power of all the country and will continue to be an important part of the economy in the coming years.

48%: of the Hispanic population has more than 50 thousand dollars a year income.

This figure grew 19 percentage points from 2000 to date.

Latinos have made progress in education and have access to better and more paid jobs.

In contrast, the growth rate for the non-Hispanic population in the same period was only 76%.

Which places Hispanics as one of main stakeholders drive the economic growth of this nation, not only population.

67%: Hispanic High School graduates were enrolled in College in the last 4 years.

Latinos in the United States are educating and getting better jobs.

Latinos have made tremendous progress in education, and have already exceeded in the registration fee of the University of the non-Hispanic white (73%) and African Americans (65%).

54%: Hispanic children below 18 years of age living with at least one parent born outside the us.

The influence of this relationship plays an important role which allows young Hispanics to stay attached to their roots and their cultural identity.

100%: 100% Hispanic and American is how Latinos live their ambiculturalism. Ambicultural consumers, mostly young, celebrate the cultural affinity to interact with cultures different from their own.

The real extent and influence of the Hispanic market expands beyond its size.

Latinos in the USA: A Young, Bilingual, Ambicultural Population: Nielsen