Home » News » How Do Latinos Benefit the Egg Industry? 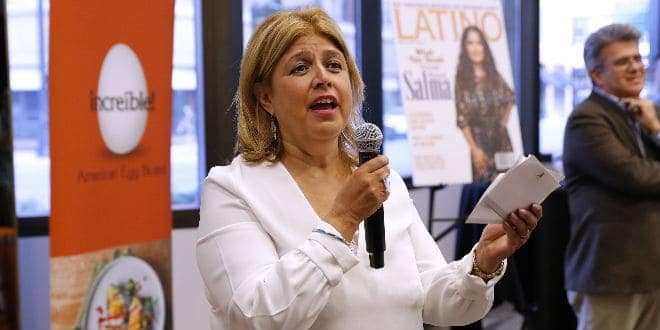 Anne Alonzo, President and CEO of the American Egg Board (AEB), the agricultural commodity research and promotion program for the US egg industry, was born in Chicago to a Mexican mother and a Texan father. Although born in the states, Alonzo told Abasto Magazine that she always clearly identified with her culture and is very proud of her roots.

As President of the AEB, Alonzo said that Latinos are extremely important because they consume more eggs than the general population, representing a 58% of annual growth in the US egg consumption.

“Latinos don’t just limit eggs to breakfast, they eat them at lunch and dinner. It’s in our flanes, in our chilaquiles, huevos rancheros, tres leches, its everywhere,” Alonzo said.

The AEB’s mission is to increase demand for eggs and egg products and is funded by US egg farmers. Under her leadership, the board executes national campaigns in advertising, public relations and consumer education, as well as market development programs with manufacturers, in foodservice, at schools and for exports.

The AEB also partners with Tyson’s Meals that Matter for natural disasters, such as during Hurricane Harvey and this year with Hurricane Florence.

“It’s a beautiful partnership because they have the infrastructure and they have the people, but we have a lot of very generous and caring egg farmers who want to be a support and who want to help people who are hurting and hungry. We already sent egg product to the area and Tyson is busy disseminating that. We’re very proud of that relationship and I know that on a given basis, a lot of our other egg farmers are also just working in their communities when they can and sending stuff independently. What I find amazing is the way they all come together to try to get protein and nutritious foods out as soon as they can when there’s a natural disaster such as this one,” Alonzo said.

She will have had the role of President and CEO of the board for three years in January.

Alonzo says it was a natural transition with agriculture and food

“I think it happened along the way,” Alonzo told Abasto when asked if she had always planned to work in the food industry.

“Food is important, it’s essential to us. When I was at Kraft Foods, I became interested in farming and agriculture. I was the Chairwoman of the World Cocoa Foundation, so I started to interact with coco farmers in the supply chain that we sourced from in Africa and I was just enamored with agriculture and food. Then, I went over to the Department of Agriculture and ran the marketing agency, so I was involved with all farmers, from soybeans to cattle to beef to pork. I think it was a natural transition, food and agriculture.”

Alonzo has an MBA from the University of Chicago and a JD from the Illinois Institute of Technology, Chicago Kent College of Law. Before joining the AEB, Alonzo was appointed by the White House to serve as Administrator of the Agricultural Marketing Service (AMS) at the U.S. Department of Agriculture (USDA) and oversaw a multi-billion-dollar budget.

She also served as Vice President, Global Public Policy, Corporate Affairs at Kraft Foods. While at Kraft, she was selected as the first woman to Chair the World Cocoa Foundation (WCF), a non-profit organization that promotes a sustainable cocoa economy by supporting cocoa farmers.

Before Kraft, Alonzo was the Senior Vice President at the National Foreign Trade Council; Deputy Assistant Secretary at the International Trade Administration, US Department of Commerce; Environmental Attaché to the U.S. Embassy, Mexico City during the NAFTA negotiations and senior regional counsel at the U.S. Environmental Protection Agency, Region V, Chicago, IL.

In 2017, she was given the Latino Magazine’s “Brava” Award for mentorship of young Latinas and commitment to the Latino community.

When asked what advice she would give to young Latinas moving their way up in the food industry and in the world, Alonzo told Abasto, “I think that my advice is that time is precious. You need to be purposeful and focused. Your career goes by pretty quickly, so don’t waste your time and try to use the time when you’re in the role… It’s important to be courageous and confident and to move forward in your career as best as you can. I think the overall advice is that time is precious and to move forward if need be.”