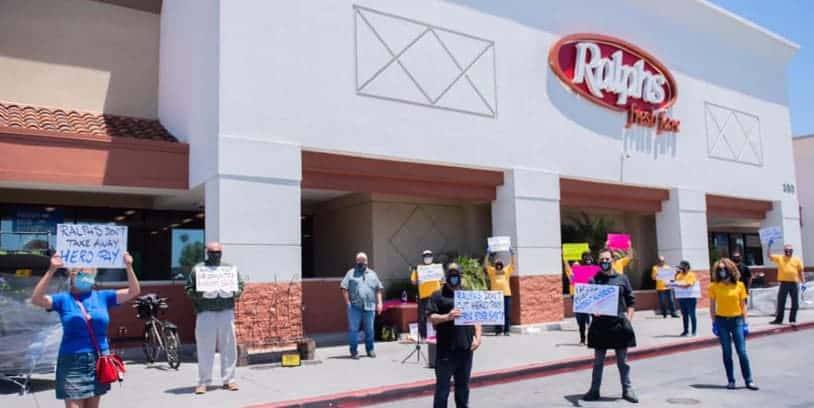 The Kroger supermarket chain announced that as of April 17, it would permanently close two of its stores due to a Long Beach city ordinance that mandated supermarkets to give an extra $4 per hour pay to their workers.

In a statement to the media, Kroger said, “As a result of the City of Long Beach’s decision to pass an ordinance requiring additional pay for supermarket workers, we have made the difficult decision to close the long-troubled Long Beach stores permanently. This misguided action by the Long Beach City Council goes beyond the traditional bargaining process and applies to some, but not all, of the city’s supermarket workers.”

On January 19, The Long Beach City Council passed the “Grocery Store Worker Bonus Pay Ordinance,” which requires employers to pay an extra $4 per hour over the employees’ existing wages at the time of enactment, regardless of any bonus, incentive or hero pay program the employer may have in place.

The ordinance, which is effective for 120 days, targets grocery chains with more than 300 employees nationwide and at least 15 workers per store in Long Beach.

“The irreparable harm that will come to employees and local citizens as a direct result of the City of Long Beach’s attempt to pick winners and losers is deeply unfortunate. We are truly saddened that our associates and customers will ultimately be the real victims of the city council’s actions,” the Kroger statement added.

The Long Beach Post reported that the decision to close the two supermarkets would affect nearly 200 employees.

Kroger’s Ralphs Division spokesman, John Votava, told the Long Beach Post that “as always, we will do everything we can to take care of our associates. We may not be able to take care of every individual, and it may result in layoffs.”

Upon learning of the Ralphs and Food 4 Less stores’ closure, UFCW Local 324, which represents 22,000 workers in the industry, rejected Kroger’s decision. The union said it is “a blatant attack and retaliation on essential grocery workers who have been risking their lives, and the lives of their families, to serve their communities during the COVID-19 pandemic.”

Andrea Zinder, president of UFCW Local 324, denounced Kroger’s  “closing these stores is a clear attempt to intimidate and discourage workers from standing up and using their voice to create better working conditions and wages.”

Meanwhile, the California Grocers Association is awaiting a February 19 court hearing to try in court to stop the city of Long Beach’s hero’s pay ordinance. A federal district judge rejected the association’s initial lawsuit seeking a temporary halt to the measure.

In addition to the two stores that will close on April 17, Kroger operates four other Ralphs supermarkets and two Food 4 Less stores in Long Beach.

The grocery chain further noted that “since March, the grocers’ family of companies have invested $1.3 billion to both reward associates and to implement dozens of safety measures. In addition to providing several rewards to all frontline grocery, supply chain, manufacturing, pharmacy, and call center associates, the organization has invested in supporting associates through additional benefits like paid emergency leave and the companies’ $15 million Helping Hands fund that provides financial support to associates experiencing certain hardships due to COVID-19.”