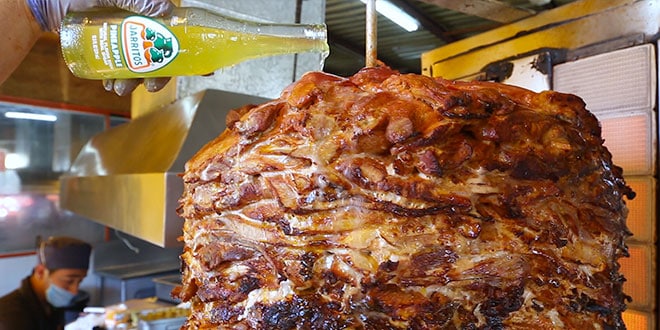 Although the video is only thirty seconds, it’s long enough to leave the audience with an indescribable craving for tacos bathed in pineapple flavored soft drink Jarritos. 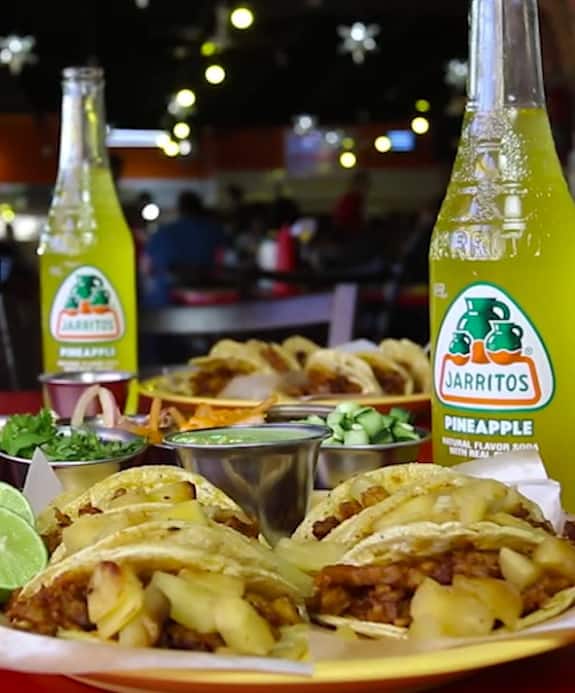 Jarritos’ new promotional video has caused a social media sensation with 200,000 views, 1,300 shares, and more than 3,000 likes on their Facebook page.

The video is accompanied by catchy, rhythmic music that repeats the Spanish slogan, “Jarritos Qué Buenos Son, Jarritos Qué Buenos Son”. The video demonstrates the preparation it takes for tacos made al pastor (In the style of the shepherd; a mexican récipe of thinly sliced pork meat). The meat is slowly and carefully cooked, as well as bathed in a pineapple flavored soft drink Jarritos to give it a more unique taste.

Jarritos’ advertising displays various typical Mexican dishes like nopales asados (grilled cactus paddles) and tortillas made by hand, while the Jarritos jingle reminds the audience of what a perfect accompaniment Jarritos drinks are.

According to Eric Delamare, Interim Marketing Director of Novamex, they traveled to Ciudad Juarez to film the video because “we know there’s excellent tacos made there and they have an immense ‘trompo’ to prepare tacos al pastor.”

Since tacos al pastor are traditionally prepared with pineapple, Delamare said it occurred to him to use the pineapple Jarritos soft drink to give a better taste and bathe the meat in. “Over the years we’ve created lots of recipes using Jarritos’ as a seasoning ingredient.”

They’ve made other videos directed at the ever younger, and younger audience, both Hispanic and American, to “awaken an appetite for Jarritos and Mexican food,” said Delamare.

“This is everything I love in one video!” Commented Eric Lara, a fan of Jarritos Facebook page; “Why do you put this on my timeline? I’m already hungry as it is!” Said fan Stuart Brown; “This song is going to be stuck in my head forever!” Commented fan Jazz Fox Mendez; “Pineapple and Mandarin are Jarritos best with meat fajitas at any time!” Added fan Mitch Wong.

This original video project was created by Novamex’s own social media team, which is the principal American marketer for soft drinks, foods, and authentic Mexican brands imported from Mexico.

Novamex has succeeded in firmly reaching out to the generation of “millenials,” that have grown into fans of Jarritos social media, thanks to the engaging video advertising strategy of their products. Delamare said, “In the first quarter of the year we had 10 million views on our videos and it created 54 million impressions on Facebook.”

On the demographic aspect, they’ve captured the attention of the new generation of Hispanics in the United States that are bilingual. For example, many of Jarritos Facebook fans are young people from different ethnic backgrounds who have a liking to Mexican food and products.

Delamare thinks that the success of their videos in promotion of Jarritos is due to “celebration of authenticity and distinction, and we combine that into two phrases in Spanish and English, Qué Bueno and Super Good.”