Home » News » In Numbers: The Economic Power of the Hispanic Population 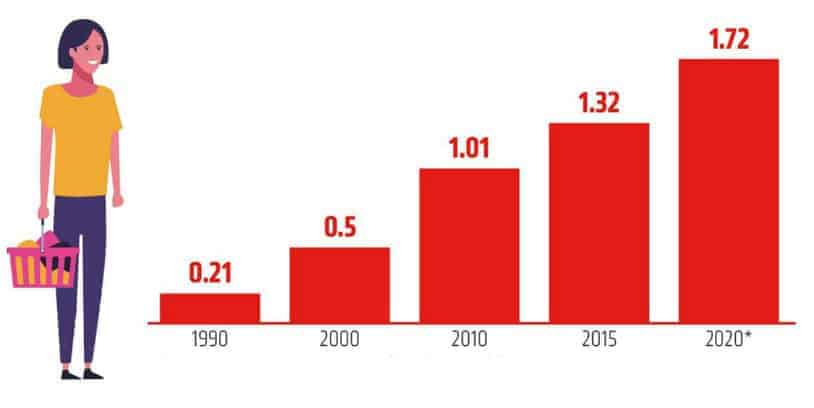 The celebration of National Hispanic Heritage Month in the United States that begins on September 15 with the commemoration of the independence of Mexico and the Central American countries, and ends on October 15, serves to highlight the achievements, influence, and economic power of the growing Hispanic population in the US.

Here are some statistics on the economic power of Latinos and their growth in recent years.

This statistic illustrates the buying power of Hispanic consumers in the United States from 1990 to 2020. Hispanics spent 1.3 trillion U.S. dollars in 2015. The buying power is expected to increase to 1.7 trillion U.S. dollars by 2020. Products targeting the Hispanic population are seen as a great opportunity for retailers and CPG companies as Hispanics will represent approximately 28.6 percent of the total U.S. population by 2060.

This statistic shows the market size of Hispanic foods and beverages in the United States in 2015 and provides a forecast for 2020. In 2015, the Hispanic food and beverage market was valued at approximately 17.5 billion U.S. dollars. The projection for 2020 is 21 billion dollars.

This statistic depicts the share of spending on consumer packaged goods by the Hispanic population in the United States in 2018, broken down by department. In that year, 15.2 percent of spending in the beauty department was attributed to Hispanic customers.