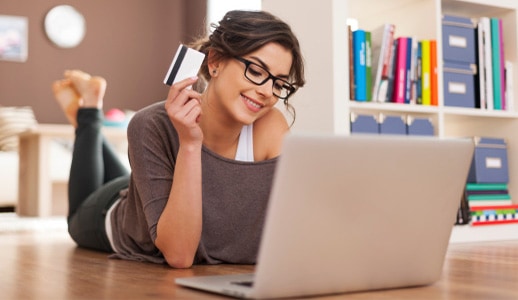 According to a study by Androitdigital detailing how Hispanics’ online shopping habits and how they respond to online advertising efforts, advertisers could evolve alongside the Hispanic shopper.

According to the report, having a younger population, Hispanic buying power will increase exponentially until 2024. Thus, Hispanics’ online buying habits can increasingly imitate those of Millennials, since much of the Hispanic population is in the age range between 15 and 34 years.

Also, Hispanics are younger than the general US population. 70% are under 40 years (first generation Hispanics) have an annual income between $50,000 and $99,000 and are responsible for nearly 40% of the $1.3 trillion in purchasing power of Hispanics.

According to the survey, the Latino community spends six hours a day connected to a technology device, compared to the general population.

The report indicates that if advertisers want to encourage buyers to make an online purchase with them instead of a competitor, they must offer discounted prices.

81% of respondents would be tempted by this offer, while free shipping came in second with 74%. More women than men chose a discounted price, 84% and 77%, respectively.

Loyalty points and gifts were equal, 35% and 34% respectively, of all respondents with genres equally represented. However, 45 and over were more likely to choose loyalty points.

In other sections of the study, it was indicated that advertisers have an opportunity to attract Hispanic buyers if they show an ad for them after a purchase or after a visit to your site.

When it comes to the price of shipping, most Hispanics are willing to pay no more than six dollars for it.

If a price discount is not possible, free shipping is the way advertisers can get Hispanic buyers to complete an online purchase on your site. 76% chose this option; alternative payment came in a second with 56%.

Moreover, 72% of Hispanic consumers spend more time shopping on a computer, smartphone or tablet. The over-45s are the biggest PC users when shopping, by 78%. Women are slightly more likely to use computers than men, 73% and 70%, respectively. 16% use their smartphone predominantly and 12% use their PCs and mobile devices alike.

Another important aspect is language. 59% of respondents are not more likely to respond to a retail website that has a Spanish alternative.

More men than women reported being likely to make a purchase on a site with a choice of Spanish language, with 43% of male respondents and 38% of all women.

The report concludes that Hispanics are digital power users who stay constantly connected while they work, play and shop. Also doing it increasingly so through mobile devices.

However, they are still predominantly inclined to purchases via their laptops and more responsive to advertising on TV and Online ads.

They have shown an openness to targeted advertising, but quickly abandon a brand or specific purchase if shipping costs are high, do not find a secure payment system or there is a system failure.