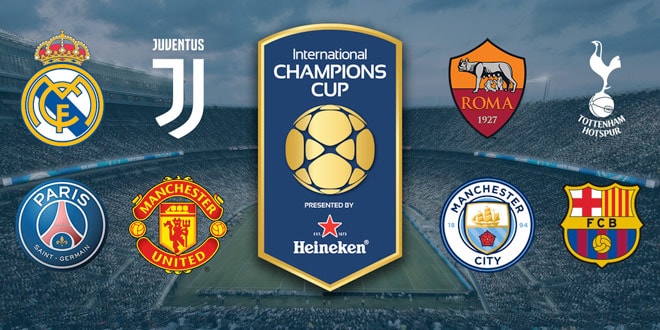 The passion for soccer is growing in the United States and Heineken remains committed to supporting the best sporting events to give the country’s fans the opportunity to see the best teams in the world.

As usual, Heineken, the most recognized beer in the world, joins the International Champions Cup (ICC) to be the official sponsor of this tournament that brings together the best teams every summer.

And this year will not be the exception, since the protagonists of the Spanish and world classics, Barcelona and Real Madrid, will face each other for the first time in Miami.

In addition to both squads, other European teams will be present at the summer tournament, such as AS Roma, Paris Saint-Germain, Manchester United, Manchester City, Juventus and Tottenham Hotspur. The tournament will be held from July 19 to 30 in ten US cities.

For Heineken this is a great opportunity to bring the consumers of the brand with the passion for soccer.

“We have seen a high single-digit increase in sales volumes within the markets that triggered the ICC in retail last year so we will leverage this momentum in 2017,” said Bjorn Trowery, Heineken’s Director of External Communications.

Heineken wants to bring the passion for soccer to his fans

He indicated that for the brand, to be the sponsor of the tournament and especially the Classic is very important, since the goal is to bring the passion for this sport to Heineken fans wherever they are.

“For soccer fans in the United States, this is an incredible opportunity to see two titans and we are very proud to be the sponsors of the ICC,” said Trowery.

The Heineken promotion will begin the 2017 season with a retail competition featuring exclusive regional prizes, all aimed at driving in-store traffic and purchase intent.

It is a simple input mechanism in which fans can send a message text with the word GOAL to number 88500 to have the opportunity to win tickets to the games, visits to stadiums and receive exclusive merchandise of the brand.

In the digital market, @HeinekenSoccer will promote the program by driving consumers to the Heineken football website so that fans can get all content related to the brand and tournament.

In stadiums, Heineken will be promoting the most important matches of the ICC.