Home » News » Heineken 0.0 Says ‘Now You Can’ Celebrate Dry January With A Cold One 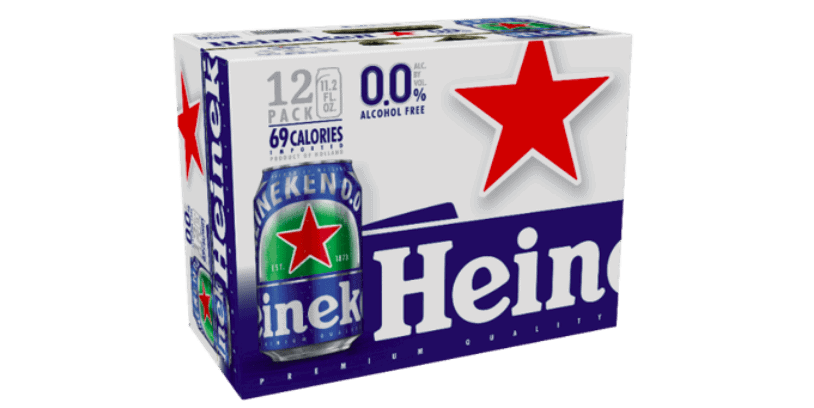 Resolutions that begin with Dry January are often void of beer drinking occasions. Not in 2021. By tapping into the increasingly popular observance, Heineken 0.0 is the drink of choice for those who still want a refreshing brew but want to avoid the alcohol.

To help further support consumers during their Dry January campaign, the brand will introduce Heineken 0.0 12-pack cans in select markets during the month, with a national launch slated for March 2021.

“We’re picking up on the continuing trend of adults abstaining or reducing alcohol consumption, which we see as an opportunity to boost business during one of the traditionally slower months of the year,” says Chuck Boddy, Senior Brand Manager, HEINEKEN USA.

“With over 20% of drinkers taking part in Dry January, and with similar movements like Sober October, we think Heineken 0.0 can drive sales and profits by engaging beer drinkers who still want a beer but who may be resolved for a time to forgo alcohol,” continues Boddy. “January may be dry, but retailers can still include Non-Alc products in the category that drive store traffic. Additionally, non-alcoholic 12-packs are growing +10.7% with no high-end Import brands in this pack size, representing an incremental sales and profit opportunity for retailers.”

Related Article: Heineken® 0.0 Debuts In The U.S., Offering A Game Changer In The Beer Category

The integrated Dry January promotion, in its second year, is supported by paid media content that includes TV integrations, streaming audio, and social/digital media amplification. At retail, supporting POS encourages consumers to choose Heineken 0.0 as the choice for shoppers trying to succeed in their New Year’s resolutions.

Retailers can leverage the growing popularity of Heineken 0.0, the #1 non-alcohol beer brand that is driving 78.1% of segment growth.

With an awareness-driving promotion, the month of January can be the opportunity to engage and trade-up shoppers as they honor their New Year’s resolutions. The momentum continues with the national launch of buzz-generating 12-pack cans and in March, with 16-oz cans of Heineken 0.0 to follow later in the year.