Home » News » What do Grocery Shoppers Want During The Holidays? 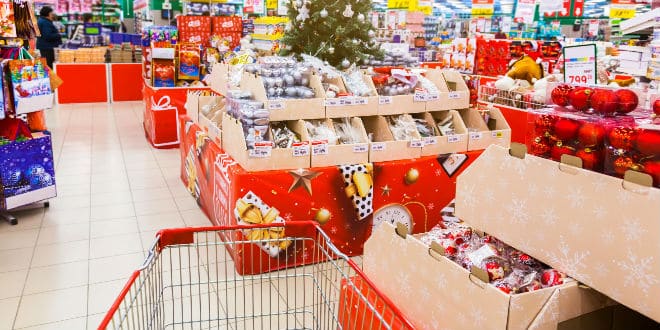 During the often stressful and busy holiday month, convenience is critical when it’s time to grocery shopping, with 55% of consumers feeling that grocery retailers could make their lives easier this holiday season by grouping holiday items in one area of the store, according to The State of Grocery Retail Report from Phononic.

The survey uncovered insights into shoppers’ routine patterns, as well as specific trends during the busy holiday season. Additionally, the study looked to evaluate how preferences are evolving as younger Millennial and Gen Z consumers increasingly become a dominant buying cohort.

The youngest demographic polled (ages 18-24), were especially drawn to convenience, with a quarter of respondents in this age group wanting to see popular items at checkout (26%) and pre-made holiday meal offerings (24%).

The good news for retailers is that consumers – across age groups – are most often loyal to one grocery store for the majority of their shopping, with just under a third (29%) identifying themselves as loyal shoppers.

However, this trend shifts when looking at Millennial and Gen Z consumers. Thirty-four percent of 18-24-year-old respondents identify themselves as Bargain Hunters – demonstrating that food retailers must foster loyalty among this demographic.

The study also found that the holiday season can impact loyalty, with 34% of consumers noting that during the holidays they make several trips to a variety of different stores for grocery shopping.

For more information on this study, visit: https://content.phononic.com/2018/State-of-Grocery-Retail-Report