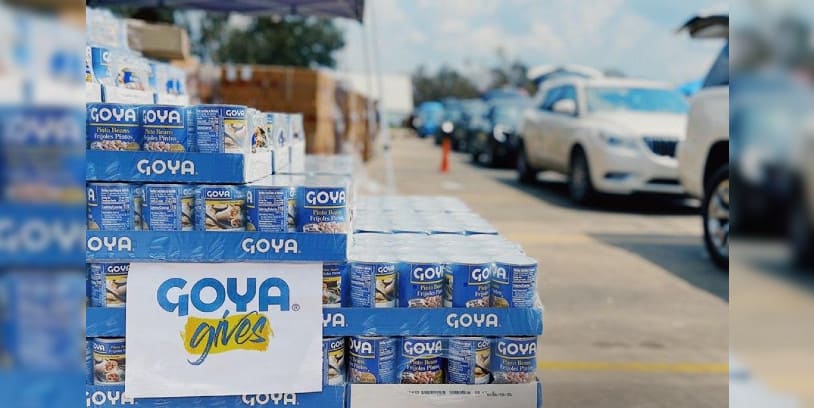 Goya Foods is on the ground as first responders and volunteers are delivering much-needed aid to the victims of Hurricanes Ian and Fiona.

The Hispanic-owned food company reported that it has already sent over upwards of 80,000 pounds of non-perishable food to be distributed among the people of Puerto Rico and the Dominican Republic in the aftermath of Hurricane Fiona.

Goya’s facilities across Florida are positioned to provide humanitarian aid and quickly mobilize products to the territories along Fort Myers, Cape Coral, and all surrounding areas affected by Hurricane Ian, said the company in a press release.

“Goya has always been at the forefront of disaster and humanitarian relief efforts. As Florida recovers, we want to ensure as much food as possible gets to those who need it the most,” said Frank Unanue, President of Goya Foods, Florida.

“Giving back to the communities we serve has always been a top priority for La Gran Familia Goya,” said Bob Unanue, CEO of Goya Foods.

Goya Gives is a global program committed to promoting and supporting the overall well-being of the communities through social responsibility, environmental initiatives, and company values.

A few months ago, amid inflation, and looming food shortages, Goya Foods donated another 300,000 pounds of food to Catholic Charities of New York/ Feeding Our Neighbors.

Founded in 1936, Goya Foods is America’s largest Hispanic-owned food company and has established itself as the leader in Latin American food and condiments. Goya manufactures, packages, and distributes over 2,500 high-quality food products from Spain, the Caribbean, Mexico, Central and South America.