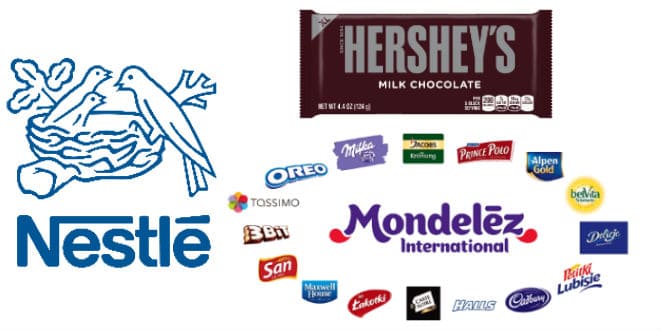 The increasing cost in some ingredients and in cargo transportation is forcing the most recognized candies and chocolate manufacturers in the United States to raise the prices of their products in 2019.

Mondelez, makers of Oreo cookies and Hershey Co., announced they will increase the price of their products and candies at the beginning of 2019, while Nestlé USA is also considering this possibility.

The president and CEO of Mondelez, Dirk Van de Put, said in a conference call that they are working to address several problems in their business in North America that continue to impact the results.

The company said that North America, its second largest market, continued to see a decline in sales with a 2% drop in organic revenue growth.

Mondelez reported that they plan to raise the prices of cookies, chewing gum and candies in the United States. The new round of price increases will take effect early next year in the form of direct increases, adjustments to promotional deals and smaller packages that fetch a higher price per ounce, the Wall Street Journal reported.

For its part, Hershey Co. CEO, Michele Buck, announced that they will charge more for their chocolates next year to face the decline in their profit margins in the last quarter.

The makers of Reese’s and Kisses chocolates will raise their prices by 2.5% on average, as announced in the conference call about their earnings in the third quarter.

Buck said that both consumer spending and the strengthened economy have helped make it easier for retailers to raise the prices of their candies.

The Hershey Company to Acquire Pirate Brands for $420 Million

The Financial Times said that the industry’s willingness to raise product prices shows that inflation in the global scenario is beginning to increase, which will generate more financial burdens for households.

In an interview with Food Dive, Nestlé USA CEO Steve Presley said his company could increase the prices of some of the products in 2019, as the world’s largest food manufacturer faces rising costs while consumers can now be more willing to absorb higher prices.

“Clearly, we are looking at the price, and we have always done it, we just have to do it in a way that the consumer can afford and we can move it in the market,” Presley told Food Dive.