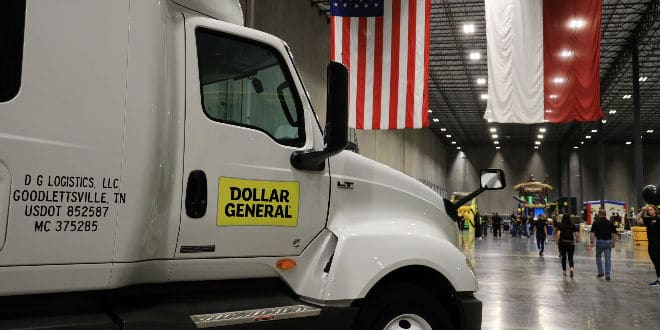 “We are proud to have a partnership with the state of Texas spanning more than four decades after opening our first store in the state in 1977. We are tremendously thankful for the support from Governor Greg Abbott, Longview Mayor Andy Mack, Judge Bill Stoudt and the Longview Economic and Community Development throughout the progression of this project. We look forward to be a longstanding business partner in the Longview community,” said Todd Vasos, Dollar General’s CEO.

“The Texas economy continues to thrive because of investments like this one from Dollar General,” said Governor Greg Abbott. “With the opening of its second distribution center in Texas, Dollar General is creating hundreds of new jobs in Longview and growing its already expansive footprint in the Lone Star State. The state of Texas is grateful for this partnership and will continue to foster an economic environment that allows Texas employers and workers to flourish.”

The retail giant partnered with Clayco as the project’s official general contractor, Leo A. Daly as the architectural engineering firm and Elan Design as the civil engineering firm to design and build the one-million square foot facility.

“Dollar General’s investment in Longview is the exactly the type of project we look for – a good company bringing hundreds of quality jobs and making itself a valuable partner for our city, county and region,” said Longview’s Mayor Andy Mack. “This is the reason we’ve built business parks. This is the reason we’ve invested in our roads, water and other infrastructure. For companies like Dollar General, my message is simple. Longview is open for business.”

The company is currently under construction on a 17th distribution center in Amsterdam, New York. Operates about 15,600 stores in 44 states, and in addition to opening 975 stores this fiscal year, Dollar General also intends to remodel 1,000 locations and relocate 100 stores.