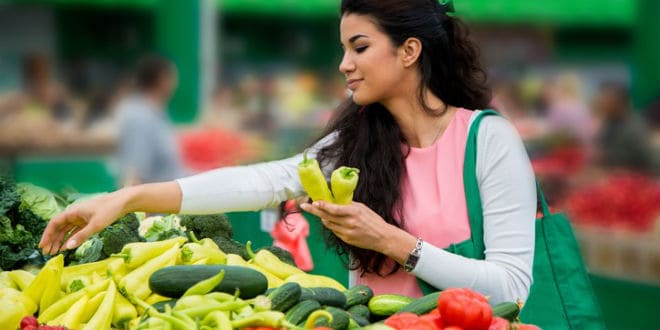 Kattya Castellón fell in love with the service of Amazon Pantry because she does not waste time in the store buying essential items. But when it comes to grocery shopping, fruits and vegetables, she does not trust online services. Castellón is part of 75% of consumers who do not buy groceries online.

A poll conducted by Reuters / Ipsos raises questions about how much Amazon’s purchase of Whole Foods will shake up the supermarket business.

Reuters news agency reported that 75% of online shoppers said they rarely or never buy groceries online, according to the survey of almost 8,600 adults from August 12 to September 1.

Even among frequent Internet users who shop online at least weekly, nearly 60 percent said they never buy groceries online or do so only a few times a year, according to the survey.

Another point in the Reuters / Ipsos poll, indicates that about 60% of all adults said that local supermarkets win on price, selection, quality and convenience.

For the vast majority of buyers, such as Castellón, “when you buy fruits or vegetables, first you have to touch them, check them to see their quality,” she told Abasto Media. However, for the rest of her purchases, she prefered the convenience of Amazon Pantry.

Consumers who buy groceries online will increase in the future

However, according to the National Association of Convenience Stores (NACS), the Food Marketing Institute and Nielsen predict that online grocery sales in the US will rise from $ 20.5 billion (4 percent total) last year, to $ 100 billion (20% in total) by 2025.

Amazon has been working on expanding its online grocery section for years without much progress, which indicate that “brick-and-mortar is not dead yet”, according to Roger Davidson, a store consultant of groceries.

Meanwhile, NACS explained, Walmart is offering SNAP recipients in certain markets the option of ordering online groceries. The discount retailer announced earlier this month it would be doubling down on its grocery offerings.