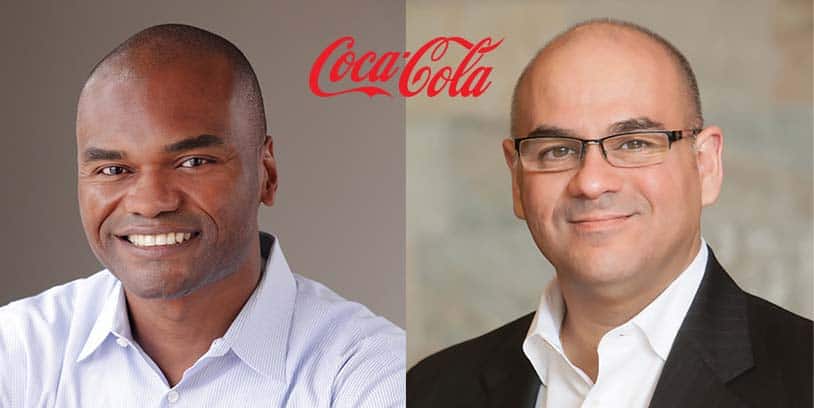 The U.S. population today, as never before in its history, is much more multiracial and diverse, according to the latest U.S. Census statistics. It will only take a couple more decades for minorities to become the dominant society. As a result of this evolution to a much more multicultural nation and following the impact of the coronavirus pandemic, the Coca-Cola company set new goals to ensure that its diversity message and advocacy efforts spread effectively in minority communities.

As part of its strategy, the beverage giant appointed Henry Hendrix to the new position of Vice President of Multicultural Marketing Strategy and Engagement. The company also named Fernando Henriquez as Vice President of Supplier Diversity.  With this new leadership, Coca-Cola announced plans to nearly double its marketing spending in minority-owned media over the next three years.

“We recognized that we could do more to support an equitable media landscape by creating growth opportunities for minority-owned and minority-led media,” said Melanie Boulden, Chief Marketing Officer for the Coca-Cola Company’s North American Operating Unit, after a thorough analysis of the company’s marketing spending.

Boulden added that they are also working with non-media partnerships and on empowerment initiatives designed to foster growth and increase the competitive advantage of minority businesses and communities.

Also, in an interview with Abasto magazine, Hendrix and Henriquez delved into the multicultural strategy being developed by Coca-Cola.

Hendrix is a marketing veteran who served as director of marketing operations for Make-A-Wish America before joining Coca-Cola. He stressed that it is a reality that the multicultural space for the company is not new because they have been building relationships with all sectors of the community for decades. Still, they plan to continue to strengthen ties with all communities.

“Our intention, and with my coming into this position, is to continue those relationships as we advance and be very thoughtful as we reimagine how we connect with communities because, as you know, last year was a period of some upheaval,” Hendrix said.

Coca-Cola’s new VP of Multicultural Marketing Strategy and Engagement added that “we want to make sure that we continue to connect with communities in the right way, that we support them as they support us with their businesses. This effort to change the vision and reimagine how we work with minority media is at the heart of that; it’s at the heart of this interest in redoubling efforts and making sure that we’re talking to these groups in the right way.”

According to Census figures, this is the first time the absolute number of people who uniquely identify as white has declined since census-taking began in 1790. The number of non-Hispanic whites decreased by 5.1 million to 191.7 million, a decline of 2.6%. By 2045 the number of white people in the U.S. will be less than 50 percent of the total population.

These figures reaffirm what Hendrix told Abasto that “the face of our consumer is really evolving. We are becoming a much more multicultural nation, and our goal is to make sure we continue to reach those groups effectively, whether they are Hispanic, African American, Asian Pacific Islander, or even beyond, as we look toward the more inclusive spaces.”

So, after evaluating more than 100 different media agencies, having particular conversations with more than 20 minority-owned agencies to understand their capabilities, they discovered, according to Hendrix, that they are finding partners who know how to connect differently with diverse communities.

“We were able to step back and evaluate these companies, not sacrificing any of our brand standards or anything like that but understanding how their capabilities were connected to our needs to reach our consumers.” – Henry Hendrix, VP Multicultural Marketing Strategy and Engagement,
The Coca-Company.

From the perspective of Fernando Henriquez, Coca-Cola’s new vice president of supplier diversity, there are two goals he must achieve to help in the area of supplier diversity and, in the process, have an impact on the communities he seeks to serve in a meaningful way.

“Number one, it’s about taking this great supplier diversity program, which currently has about an $800 million spent across our system and being able to take that program and expand it globally. Number two, hitting the $1 billion mark consistently and exceeding that and becoming a member of the $1 Billion Roundtable, something that I’ve been honored to have been a part of twice before, once at AT&T and once at Microsoft. We are also going to do it here at Coca-Cola,” Henriquez said.

The Cuban-born executive, who worked at AT&T and Microsoft in marketing and supplier diversity, added that they are in the process of fulfilling the $500 million commitment to the African-American market, one of the first accomplishments of this minority media investment initiative. “I think it’s in the interest of any smart company to look from a demographics standpoint at the impact those markets have,” Henriquez noted.

Specifically, on Coca-Cola’s support of Hispanic businesses and communities, Henriquez told Abasto that they are looking at various possibilities to create platforms and initiatives that support everyone. “There are programs and initiatives that we are developing, like the one about advertising marketing, that are going to support the Latino community, absolutely directly.”

On access to capital, they are looking to develop novel initiatives, Henriquez said. “We’re partnering with the U.S. Hispanic Chamber of Commerce (USHCC), and we’re going to delve into an area called Rise Up Crowdfunding, which is a fundraising portal specifically for diverse people. Within that, we have already signed a Memorandum of Understanding. The contract is about to be signed so we can have a direct connection to the Hispanic market nationally through the USHCC,” revealed the VP of Supplier Diversity.

Coca-Cola also partnered with the Georgia Minority Supplier Development Council (GMSDC) to launch the pilot program Minority Media Certification Assistance to open doors for them to do business with large corporations. “We are excited about the potential of this program to pioneer a more evolved and inclusive approach to supporting minority-owned media companies,” concluded Henriquez.