Home » News » Bobby Brannigan, CEO of Mercato: How eCommerce is Within the Reach of Independent Grocers 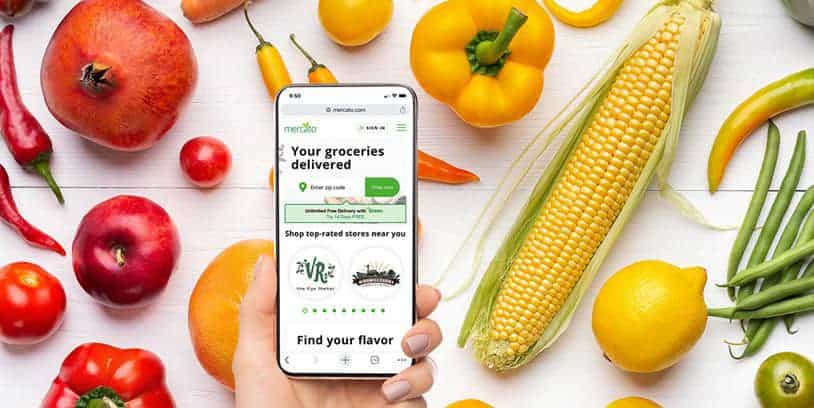 In 2015 Bobby Brannigan founded Mercato with the idea of facilitating eCommerce access to independent supermarkets and specialty food stores. He started it as a family project to help optimize the technology of his father’s grocery store in Brooklyn, NY. “The store was functioning as if it were living in the stone age, with no point of sale system, no website, no eCommerce,” said Brannigan in an interview with Abasto.

By creating the eCommerce platform for his father’s store, the founder and CEO of Mercato opened the doors to a business that now provides online grocery ordering and home delivery services to more than 225 independent supermarkets in the New York area and over 1,000 in in the U.S.

“We decided to develop the technology by working closely with my dad, and it was a really nice experience because it allowed me to share his experience. We built our highly resource-oriented software from an independent grocer to provide the experience they want to offer to neighborhood customers, ”said Brannigan.

When Brannigan and his team of engineers decided to start the company, its founder, inspired by his family’s Italian origins and wanting to give the platform an international meaning, gave it the name Mercato. The platform began to grow little by little, becoming known first among independent grocery stores in Brooklyn. Later they expanded to Manhattan, and in 2018 they began to offer their services in other states.
“In 2019 is when more opportunities really open up, and in 2020 with COVID, we were adding stores in the morning in Hawaii, and in the evening in Detroit, we are moving all over the country,” Brannigan said.

The main barrier that Mercato removed for independent stores was to create an essential product database that now has one million items available. Brannigan said they went to 100 stores in New York to take photos of all their products in stock and thus create a huge catalog. Mercato has the ability to aggregate the products of each store through its point of sale system or with the use of item sales lists in the case of stores that do not have e-commerce methods in operation.

The second piece of Mercato’s operation is the integration with point of sale (POS) systems, prices, and availability. It is essential to keep them synchronized for the process to work. Added to this is the home delivery service, for which they established partnerships with the main restaurant delivery companies throughout the country. In this way, independent stores do not have to worry about creating their own system that would be very expensive.

Due to the simplicity and low cost of the service Mercato provides, the New York City Economic Development Corporation partnered with Brannigan’s company to initiate a pilot program that allows independent supermarkets in the most underserved neighborhoods access to the e-commerce platform and make it easier for consumers to make their purchases without having to go to stores and prevent risks of contagion with COVID-19.

New York City waives the online service setup fee at these independent supermarkets, generally valued at $ 1,500, to get the e-commerce platform up and to run.

“The partnership with Mercato gives older people and other groups at higher risk of COVID-19 a safer means of accessing food. Simultaneously, independent supermarkets and participating vendors in our public markets, serving the most affected communities, can grow their business by building their digital presence. This effort, which invests in both people and local businesses, will create a stronger New York for all, ”said James Patchett, president, and CEO of the New York City Economic Development Corporation.

Because there is a significant group of consumers who are not fluent in English and therefore prefer not to use e-commerce services to do their grocery shopping, Brannigan told Abasto that there is a strong possibility of offering Mercato services in Spanish in the future and added that they have the advantage that about 50 percent of their customer service personnel speak Spanish, since the company’s headquarters are located in San Diego, where the majority of the population is of Spanish origin. Hispanic.