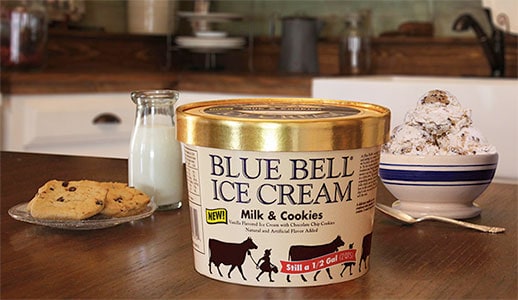 Ice cream maker Blue Bell announced that it is voluntarily recalling all products made in different facilities due to a Listeria contamination risk.

The announcement came after two samples of their chocolate chips and cookie dough ice cream tested positive for the presence of this bacteria.

“We are 100% committed to doing what is right, and the best way is withdrawing all of our products on the market until we are convinced that they are safe,” said Paul Kruse, president of Blue Bell.

The first recall issued by the family dairy company with 108 years of existence occurred last month after the Centers for Disease Control and Prevention linked a listeriato contaminated ice cream with  three deaths in a hospital in Kansas. Five other people in Kansas and Texas fell ill with listeriosis.

Food poisoning was traced to a production line in Brenham, Texas, and later to a second line in Broken Arrow, Oklahoma.
A manufacturing plant in Oklahoma where operations were suspended earlier this month for sterilization closed while Blue Bell continues to investigate the source of the bacteria, the statement added.

Blue Bell is also implementing a process to review all their products before sending them to market.

This bacteria can cause serious and sometimes fatal infections in young children, the elderly and others with weakened immune systems.