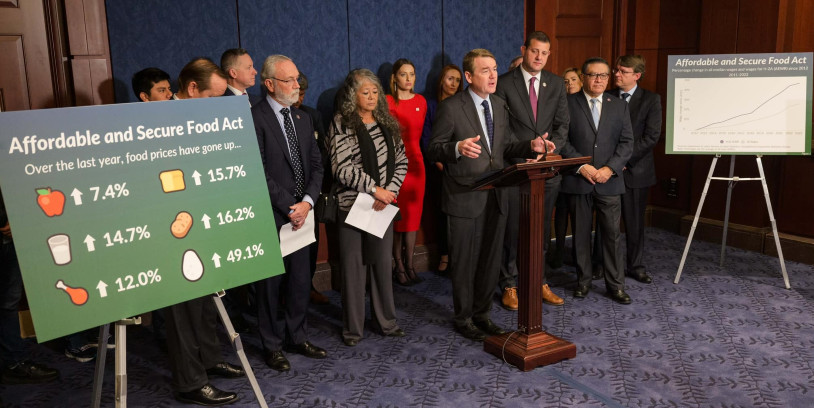 “Crippling labor shortages have existed for years, so the fresh produce industry implores Congress to finally act on the most important thing that can be done to stabilize the agricultural workforce, ease the strain on the supply chain and lower the cost to consumers,” said Robert Guenther, IFPA’s chief policy officer. “Congress must not kick the can down the road again or offer hollow promises of solving this problem for next year. Now is the time.”

In the last year, food costs have risen faster than at any time in four decades, squeezing family budgets and forcing impossible choices between food, groceries, medicine, and housing. A key driver of rising food costs is the acute shortage of skilled farm labor, leading to increased labor costs. This not only drives up food prices but also drives many family farms and ranches out of business.

“This plan is broadly supported by farmers, labor, immigration advocates, and business. There is no reason that we shouldn’t get this done. If Congress can’t get this done, it would not only be a massive missed opportunity, but a dereliction of our duty to the American people, the rural economy in this country, and agriculture,” said Bennet.

“It’s not rocket science. Without an adequate workforce, our crops will go unharvested, and our already-delicate food supply chain will be placed further at risk. So let’s stop waiting and start acting,” said Newhouse.

IFPA, the largest and most diverse international association, speaks on behalf of the entire fresh produce supply chain, representing more than 2.2 million jobs and nearly $340 billion in U.S. total economic output. More than 3,000 members across 50 states have been advocating for immigration reform.