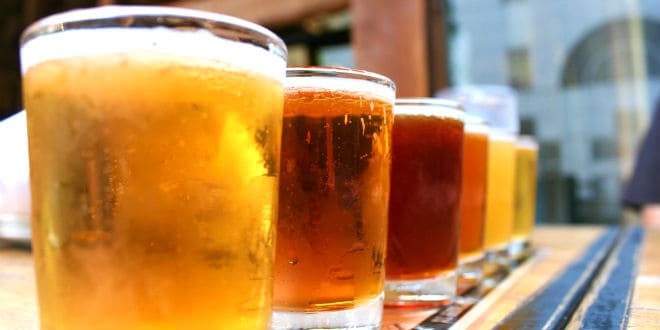 Soon up to 81% of beer sold in America may carry nutritional labels.

The largest beer industry association in the United States announced Tuesday that it will encourage its members to display caloric and nutritional information on their products, packaging or websites. The Beer Institute (BI) says its Brewers’ Voluntary Disclosure Initiative has the support of major member companies that together produce 81% of the volume of U.S.-sold beer.

In a statement, the BI said: “Participating brewers and importers will voluntarily list calories, carbohydrates, protein, fat and alcohol by volume on their beer products by including a serving facts statement consistent with the Alcohol and Tobacco Tax Trade Bureau (TTB) ruling 2013-2.  In addition, they will provide freshness dating, and disclose ingredients via a list, a reference to a website with the information, or a QR code on the label or secondary packaging.”

According to the BI, Anheuser-Busch, MillerCoors, HeinekenUSA, Constellation Brands Beer Division, North American Breweries and Craft Brew Alliance have all agreed to follow these standards.

The initiative will likely serve as a turning point for alcohol labeling in this country. As reported last month, Diageo, the world’s largest holder of beer and spirits companies and the industry leader on this issue, is going to voluntarily add nutritional content to its packaging in several dozen global markets, starting with Johnnie Walker “red” for spirits and Guinness and Smithwick’s for beer. Diageo USA already labels some of its products and says it will continue to work with the TTB to evolve the look of the panel as it releases more labeled products.

The association is pushing its members to come into full labeling compliance by 2020. However, the regulations can be burdensome to smaller beverage producers, who don’t necessarily have the equipment or money to test every batch, especially when they so often tweak recipes, produce “one-off” variations and make limited releases. So for now, the “voluntary” nature of labeling prevails.