Home » News » Authenticity: Key for Latin American Food Brands That Want to Sell in The U.S. 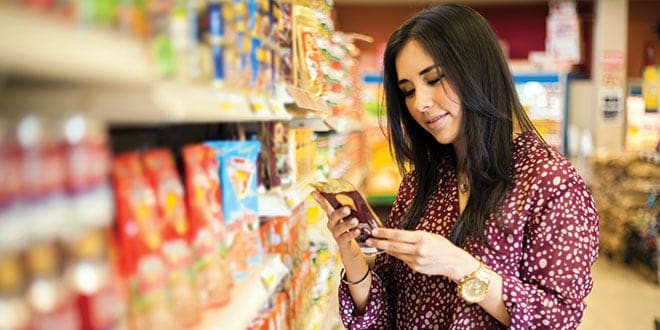 Special report from Abasto and ThinkNow
The steady growth of the U.S. Hispanic population has caught the attention of the Latin American food and beverage industry. The United States is the second largest Spanish speaking population in the world and represent a sizable opportunity for smaller, more localized Latin American brands to engage with a large pool of consumers more likely to try their products.

To explain how Hispanics in the United States see Latin American food brands, Abasto and ThinkNow, a consumer research agency, did a conference in the framework of Expo ANTAD & Alimentaria 2019 in Guadalajara, Mexico, which took place from March 5th to 7th.

Successful brands like Bimbo and Novamex have paved the way for other Latin American food and beverage companies aspiring to take up residence in the U.S.

But for as many high-profile success stories there are of Latin American brands successfully entering the U.S. Hispanic market, there are many more stories of failures that don’t make headlines.

Gustavo Calabro, director of Abasto Media, delved into this topic during a conference held at the Expo ANTAD & Alimentaria 2019.

Abasto, the leading platform for Hispanic entrepreneurs in the food industry, knows the false sense of confidence Latin American food brands have when entering the U.S. Hispanic market firsthand.

As such, ThinkNow has partnered with Abasto to conduct a first of its kind study to delve into how U.S. Hispanics view Latin American food brands while also deconstructing what “authenticity” means for U.S. Hispanics.

Our goal is to give Latin American food and beverage brands deeper insight into U.S. Hispanic behavior as it relates to authenticy and provide direction on how to better position existing products more strategically.

Insights from the joint study conducted by Abasto and ThinkNow are discussed in a recent blog post entitled:

Defining Brand Authenticity Among U.S. Hispanics: Is Being A Latin American Brand Enough?

Latin American brands that enter the US believe that Hispanics in this country will be more interested in their products simply because they are from Latin America. During the presentation at the ANTAD Expo, Mario X. Carrasco, an Abasto columnist and co-director of ThinkNow, proposed this assumption by conducting a national representative survey of Hispanics in the USA, in which his agency asked:

Turns out, the assumption is true. The data reveals that U.S. Hispanics would be more interested.

Almost 60% (58%) of U.S. Hispanics stated that they are more interested in a brand’s products knowing that they are from Latin America.

For many Latin American brands, capitalizing on this heightened interest often means bilingual labeling. However, this may not be the way to go as Spanish language labeling makes little difference in interest when compared to the general U.S. population:

Essentially the same percentage of Hispanics and the General Population in the U.S. are more likely to try products with bilingual labeling, 36% and 37% respectively. For the majority of U.S. Hispanics, it makes no difference whether the product labels are in English and Spanish. This is likely a reflection of the rising number of English-dominant Hispanics in the U.S.

Given that the Millennial and Gen Z generations are increasingly defined by their multiculturalism, the largest multicultural group being Hispanic, the search for authentic experiences in food and beverage reflect the U.S. Hispanic market. But what does “authentic” mean?

Related Article: What Does the Future Hold for Hispanic Grocery Stores?

To get at this answer, we asked: “What does the word ‘authentic’ mean to you as it relates to a brand of food or beverages?” For both U.S. Hispanics and the General Population, authenticity was most closely linked to “real ingredients”:

Whether a brand was from Latin America or related to a country of origin/tradition of culture was not a dominant factor as one would assume:

Only 14% of U.S. Hispanics agreed with this statement, directly on par with the General Population. Where we did see significant differences in drivers of authenticity was whether the brand was well-known or had a reputation:

Almost three times as many Hispanics vs. the General Population cited “well-known brand/brand reputation” as most closely related to the word “authentic.”

This is in-line with other research we’ve conducted as Hispanics rely on word of mouth to make purchase decisions more than other sources of information such as online reviews and advertisements.

This data point explains why brands such as Bimbo have been so successful in the U.S. As an extremely well-known brand in Latin America, adoption among U.S. Hispanics has taken the brand mainstream.

While this is encouraging for brands like Bimbo, it creates a problem for smaller, less known brands in Latin America looking to penetrate the U.S. Hispanic market. So, how can these smaller Latin American brands establish a brand reputation north of the border? The answer is simple: make a great tasting product.

Eighty-six percent of U.S. Hispanics look for great taste when it comes to food and beverage brands, beating out price and being healthy.

Does authenticity play a role here? Yes. Here and in the bigger picture. Being a Latin American brand may spark interest among U.S. Hispanics, but it may not be enough to hold that interest.

The research suggests that U.S. Hispanics desire authentic cultural experiences with these brands that taste and feel like the culture they imagine. Because many U.S. Hispanics were born here and skew younger, they may have never been to Latin America. Yet, they have experienced the rich culture through the stories told or recipes made by their abuelitas.

So, Latin American brands have an opportunity here to bring that authentic cultural experience home to the millions of Hispanics living in the U.S.

Gustavo Calabro, director of Abasto Media, also said during his conference at Expo ANTAD & Alimentaria, that to face the competition of the big chains and the e-commerce giants like Amazon, the independent Hispanic stores must work together.